We have a number of minerals at HSMC, most of which were collected by Hiram Corson. Many of these minerals were taken from the Perkiomen Mine, in modern day Audubon. James Morgan is believed to be the first person to discover lead in this area. It was uncovered when he was constructing on of the area's first grist mills. 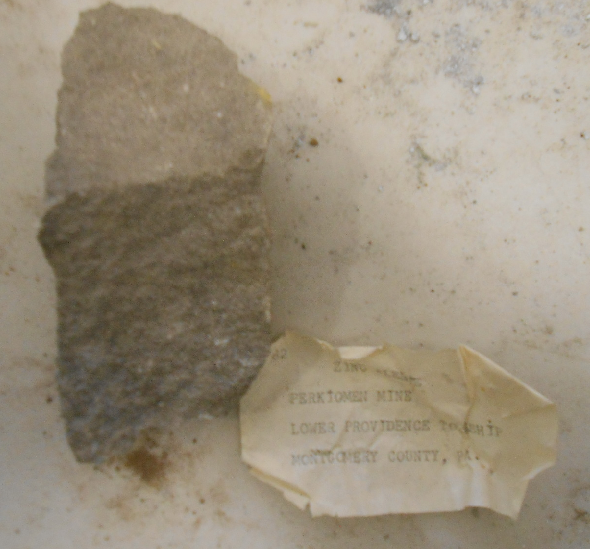 A Piece of Zinc from the Perkiomen Mine, Hiram Corson Rock and Mineral Collection, 2019.128.007

The earliest records of mining date back to the early 1800s when Captain Jean Audubon hired Francis Dacosta to operate the mine. The Perkiomen Mining Company was officially established in 1808, but trouble selling the ore caused them to abandon in it 1810.

The property was purchased in 1813 by Samuel Wetherill Jr., who hoped to extract lead to make paint. The Wetherill Mine was developed and employed Cornish miners. The mine operated for several years, but the expense of smelting ore was too great and the mine was again abandoned. Cornish miners John and Robert Rowe discovered copper in the mine in 1829, leading to intermittent operations and ownership. 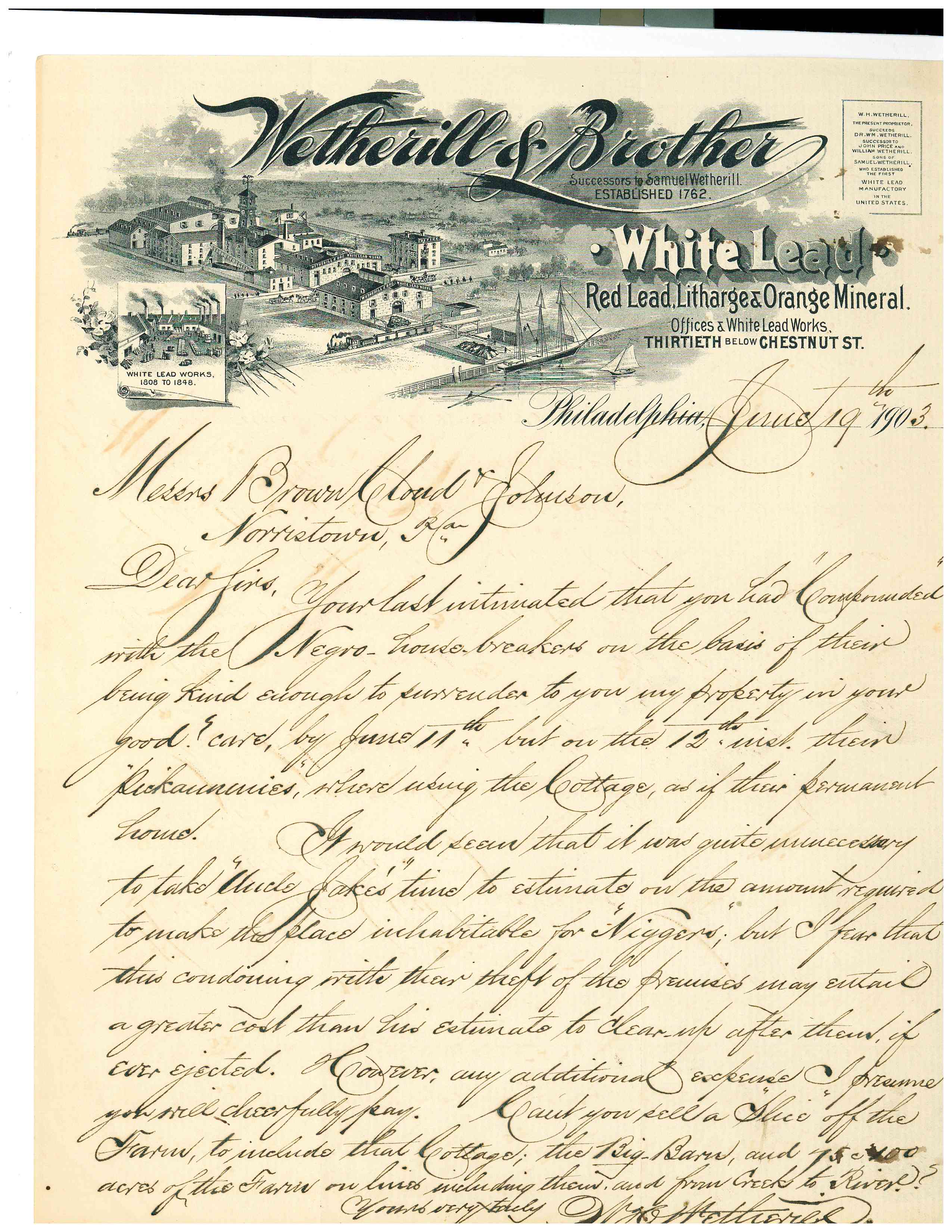 In 1847, the Perkiomen Mining Association and Ecton Consolidated Mining Co. operated near the former Wetherill mine. A New York firm of metal brokers purchased both mines in 1848. By 1851, the mines were connected to form the Perkiomen Consolidated Mining Co. At the time of this merge, the mine's operation reached its peak production. An estimated 525 tons of copper ore was mined and roughly 300 miners were employed. Many of the miners were Cornish immigrants and lived in housing on Egypt Road. The mine itself was over 400 feet deep at its peak. 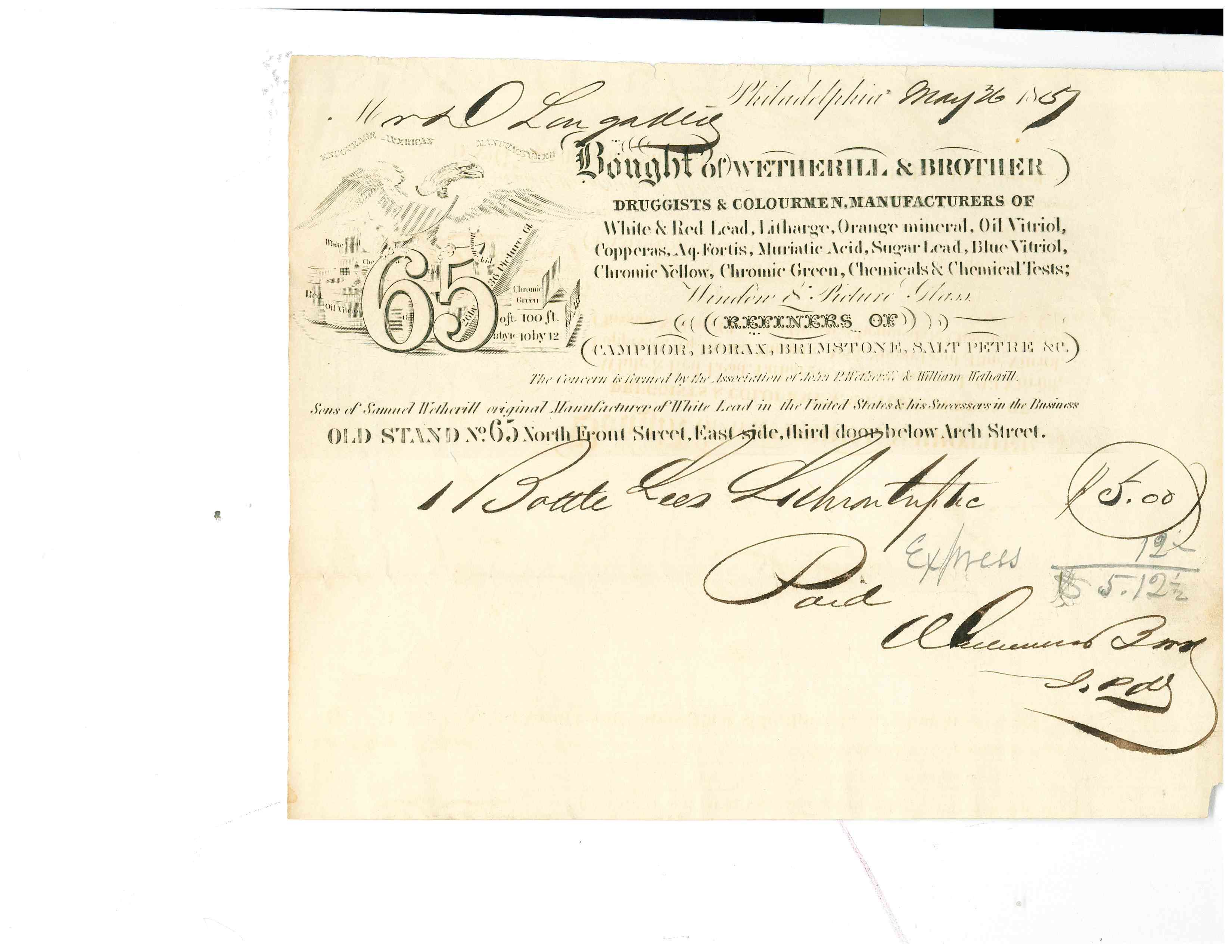 The mining company closed in the 1850s because it was too costly to ship the ore to Baltimore and New York for smelting. There was some intermittent use of the mine during the Civil and World Wars, but nothing extensive due to the mine's unprofitability. 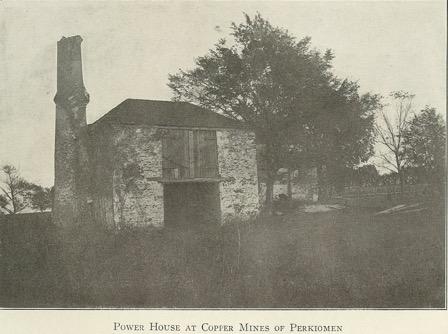 When you visit the John James Audubon Center at Mill Grove, you can still see the Cornish stack from the Ecton mine's engine and adits along Mill Run. Please do not enter what is left of the mine as water, cave ins, and rotting wood structures make it unsafe.

More in this category: « Tangrams Tommy LaSorda »
back to top