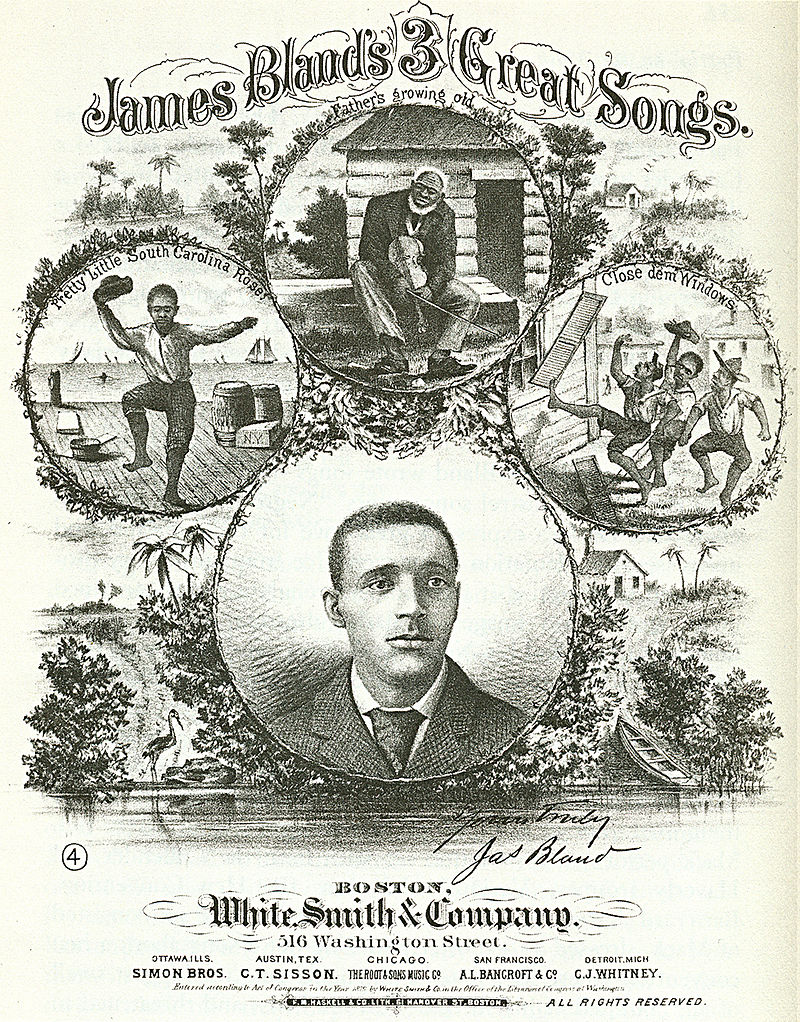 You might not know the name James A. Bland, but you probably know a few of the 700 songs he wrote. Most famous in this area is “Oh Dem Golden Slippers,” a minstrel tune that’s the theme of the Philadelphia Mummers Parade. He also wrote “Carry Me Back to Old Virginny.”

Bland was born in Flushing, NY in 1854. His father, a free man, was one of first African-Americans to graduate from college (Oberlin in 1845). It was his father who bought James his first banjo. As a teenager he began performing professionally, but had trouble making a living at it. He enrolled at Howard University, majored in the Liberal Arts, and graduated at 19. Still, success on the stage eluded him.

According to the Songwriters Hall of Fame, Bland had trouble finding work in minstrel groups because they preferred to hire white musicians in blackface. Eventually he joined an all-Black minstrel band and toured the US. Bland played with several groups, while also writing hit songs. He traveled to England with a group called the Callender-Haverly Minstrels and played before Queen Victoria.

Many of his songs were popular in the nineteenth century including “Hand Me Down My Walking Cane” and “De Golden Wedding.” While he made a lot of money from his music, Bland died in poverty in Philadelphia in 1911. He was buried in an unmarked grave in Merion Cemetery in Bala Cynwyd. 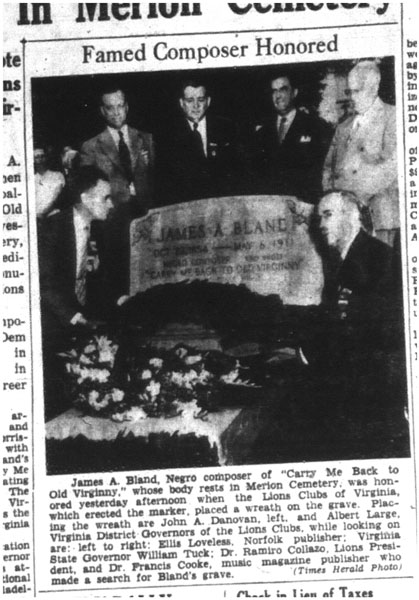 Unfortunately, there don’t seem to be any recordings of Bland performing his songs, but many have been covered by other artists like Ray Charles, Bing Crosby, and Louis Armstrong. This instrumental version on YouTube was my favorite.

More in this category: « Liza Desegregation in Norristown »
back to top