In honor of the United States’ entrance into World War I on April 6, 1917 we wanted to highlight a related object from the Historical Society’s collection. The medal is a French Wounded Fund Medal commemorating the entry of the United States into the war. On one side of the medal is an eagle, shield, and sword.  The shield is a combined crest of the United States’ allies, Great Britain, France, Italy, Japan, Serbia, Belgium, Russia, Montenegro, and Serbia. Around the edge of the coin it reads “Do Right and Fear No Man” which was inspired by an inscription on one of George Washington’s swords. 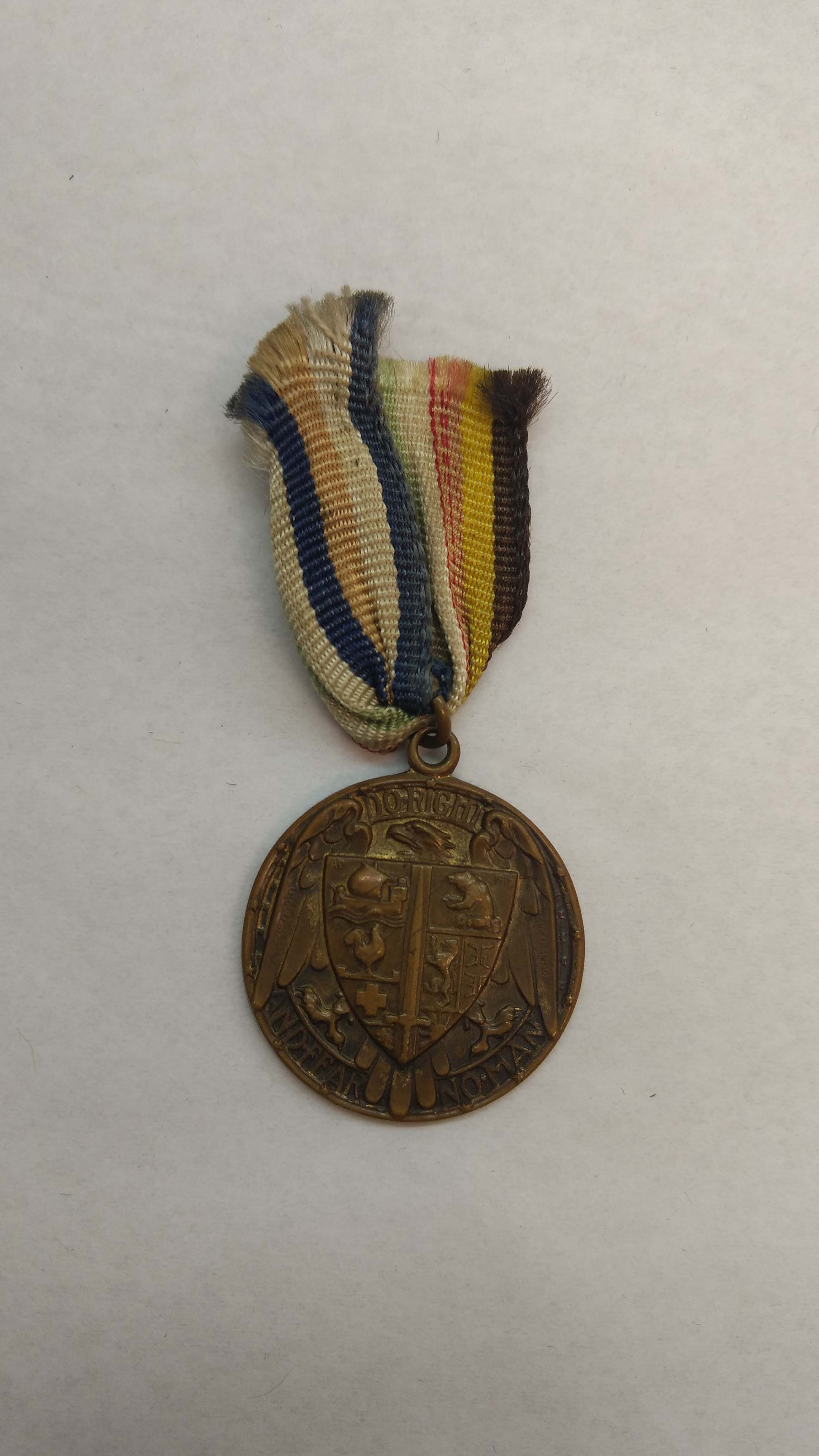 Britain is the ship, France is the rooster, Italy is the Cross of Savoy, Montenegro the small lion’s head, Russia is the bear, Belgium is the roaring lion, Serbia is the four E’s, and Japan is the rising sun.

On the reverse is the shield of the U.S. with the recognizable stars and stripes surrounded by a laurel wreath. Within the shield on the line separating the stars and stripes is the inscription “APRIL VI MDCCCCXVII” or April 6, 1917. In a circle around the shield is the phrase from Abraham Lincoln’s Gettysburg Address “That Government by the People Shall Not Perish.” 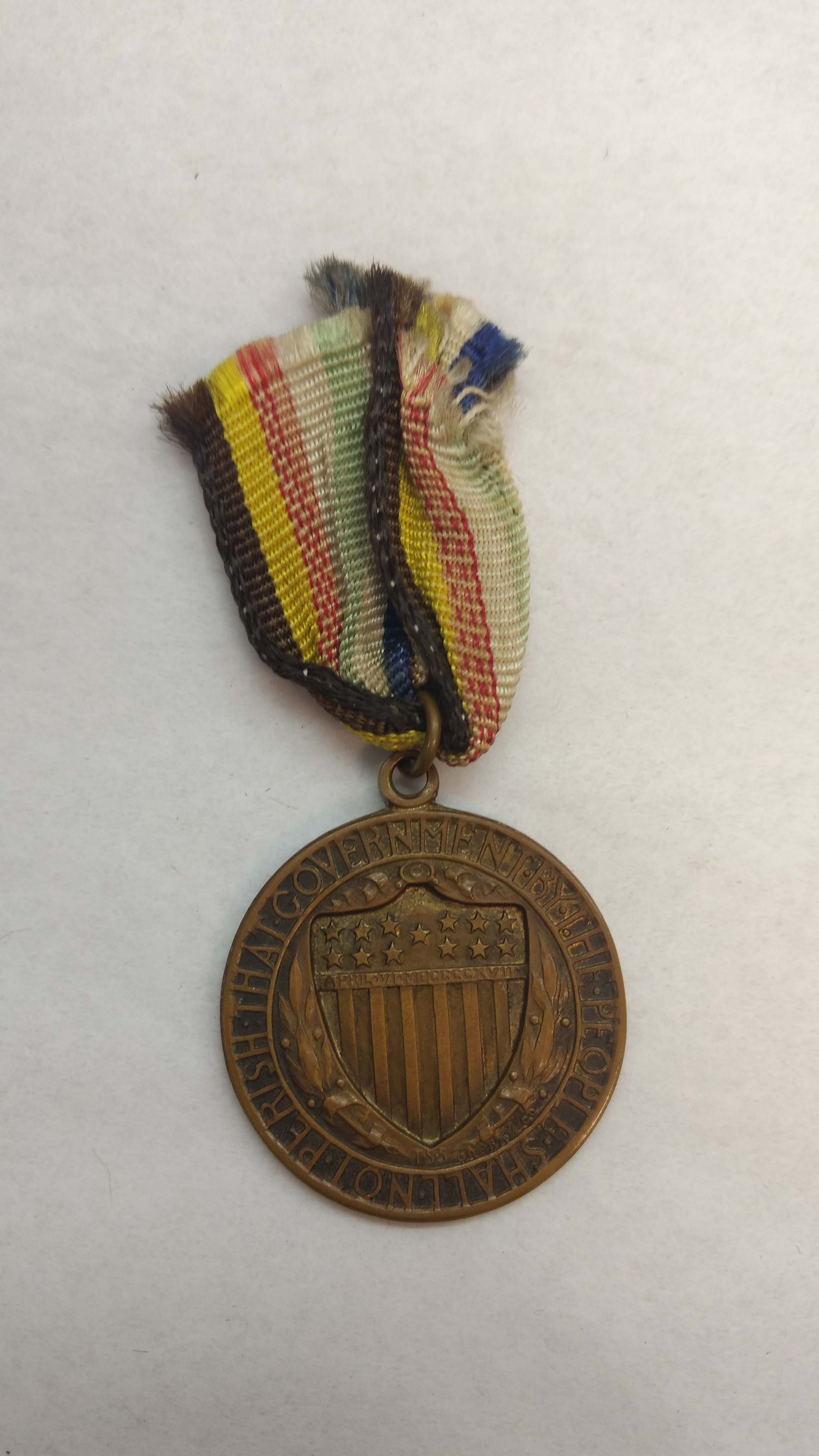 The reverse side of the medal. 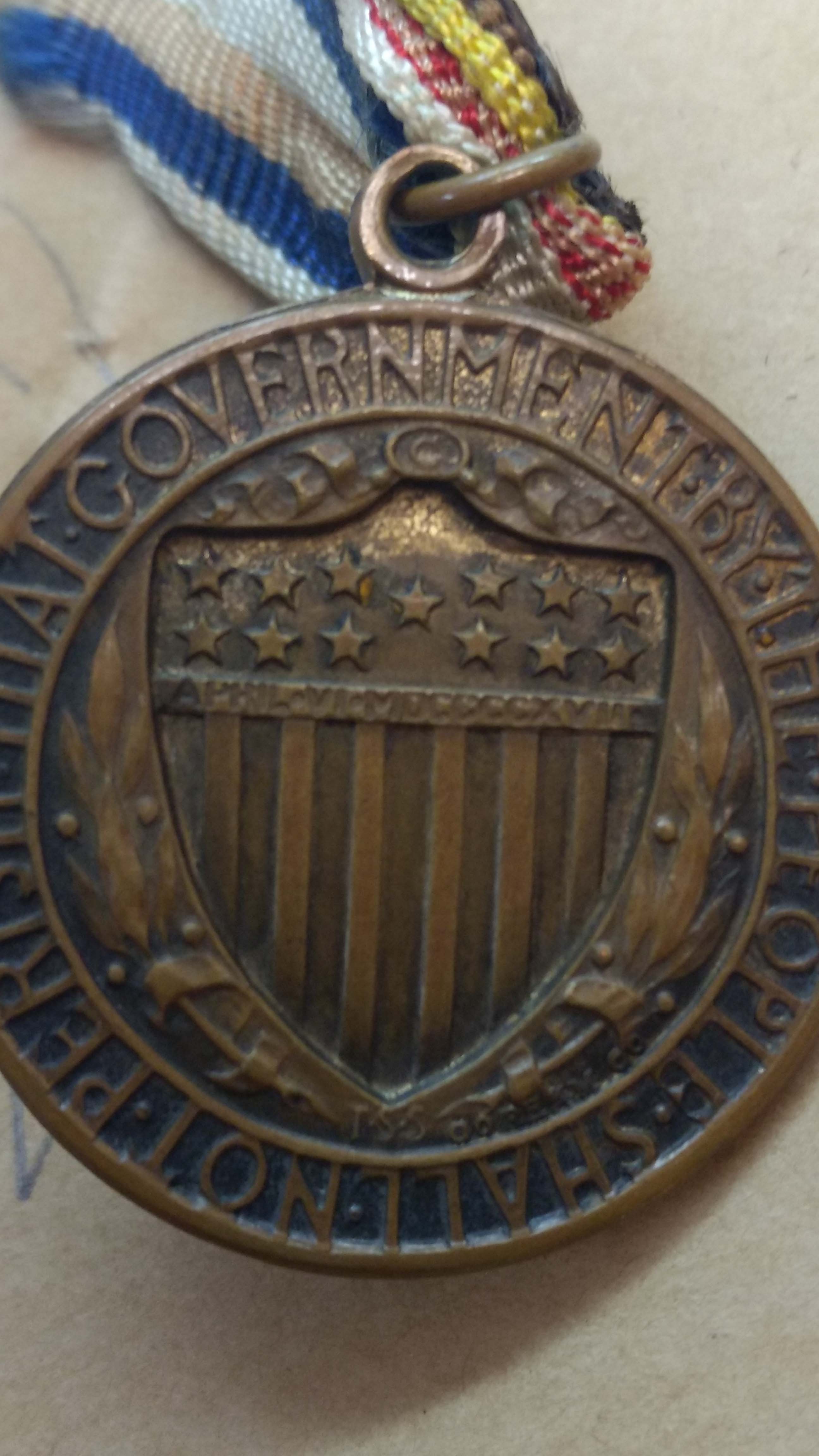 A close-up of the reverse of the medal, showing the date April 6, 1917 in Roman numerals.

More in this category: « How Wissahickon Became Ambler The Montgomery County Agricultural Society »
back to top