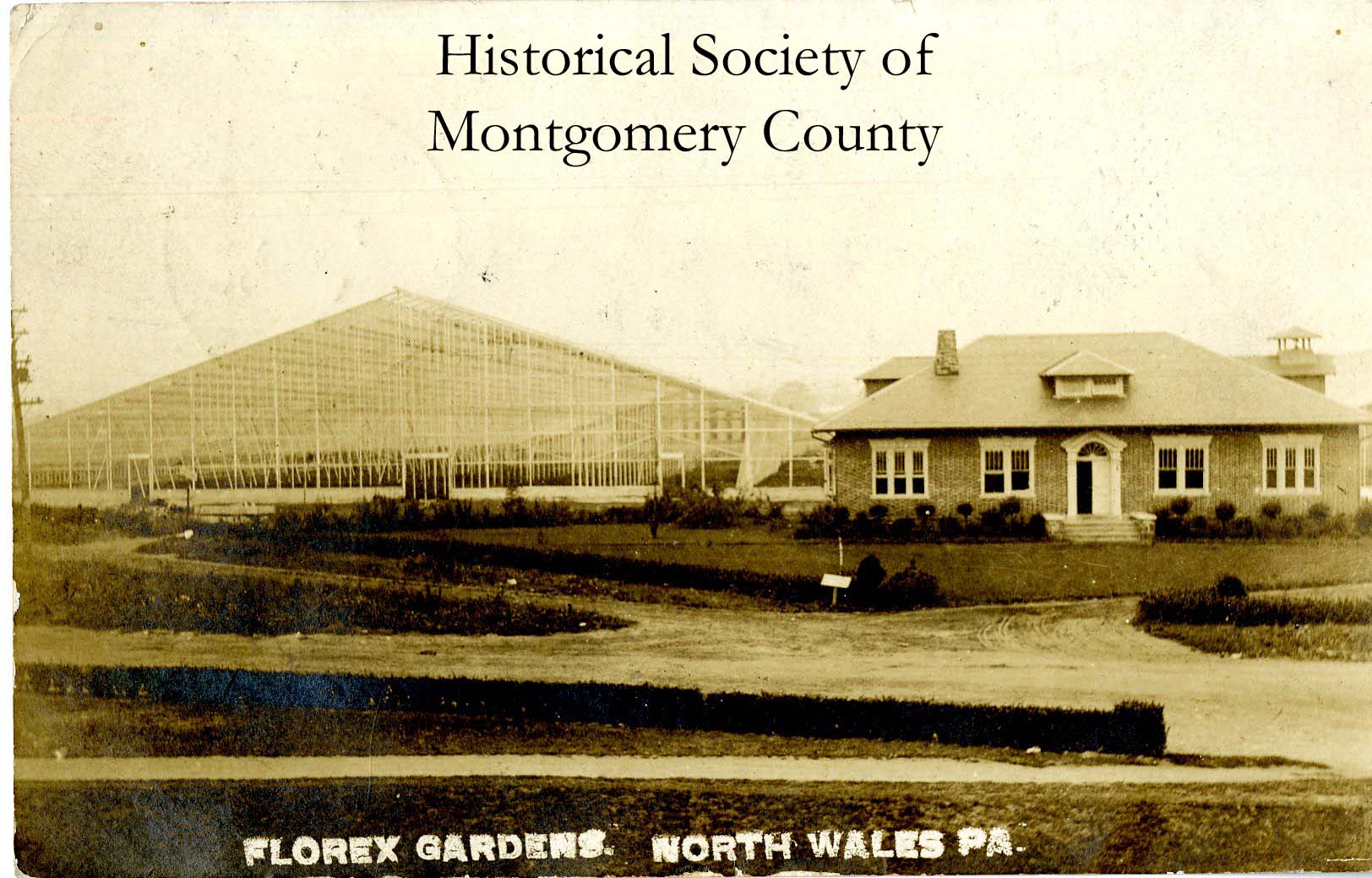 Did you know that at the beginning of the 20th century, the largest green house in the world was here in Montgomery County?

Florex Gardens was built in 1907 in Upper Gwynedd, just across from the North Wales train station. 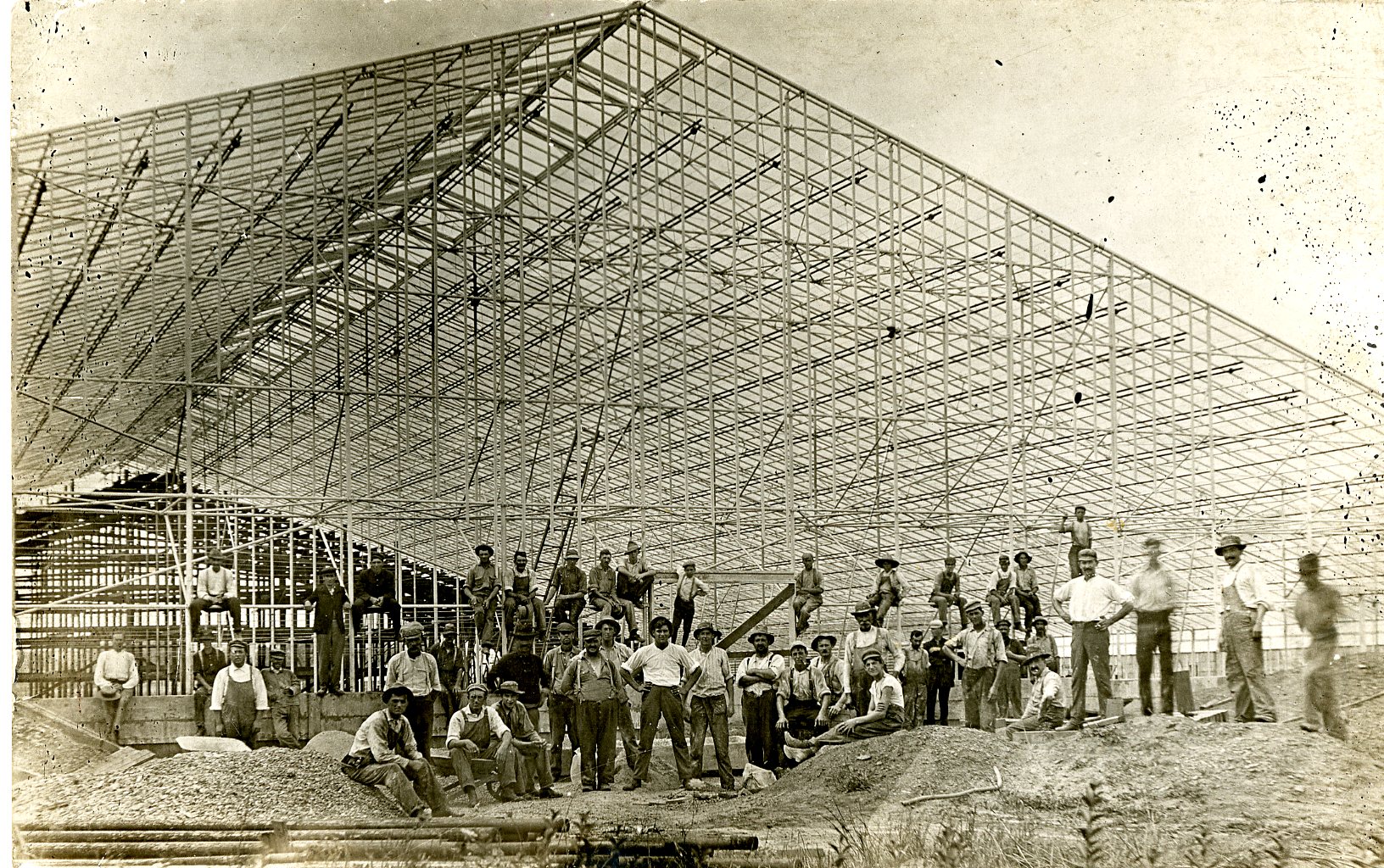 These pictures were donated by David E. Groshens in 1954.  This photo gives a great sense of its size, but if you’d like exact numbers, here they are: 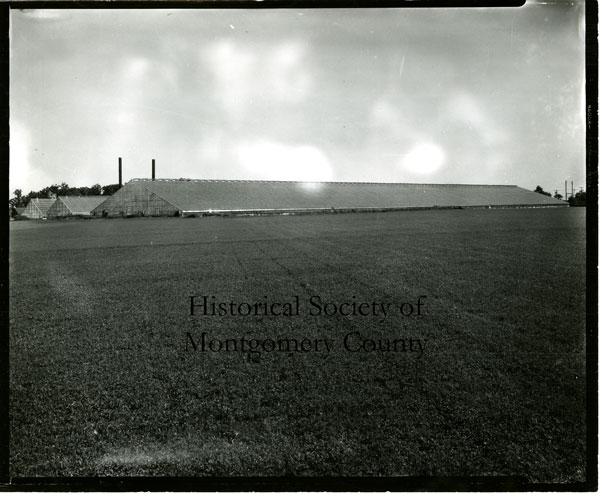 The green house was located right by the tracks of the North Penn Railroad.  The company primarily grew flowers, and a note that came with the photographs says that the greenhouse could grow nearly 100,000 rose bushes at once.

The greenhouses were dismantled in 1951, and the land was sold to Leeds and Northrup, a manufacturer of electronic parts.  This part of Upper Gwynedd became an industrial area with other manufacturers like Zenith and Sharp and Dohme, which can be seen in the upper left hand corner of this photo. 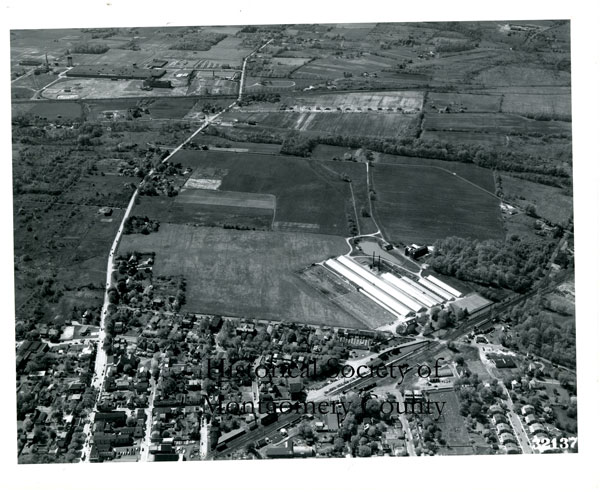 The solvents used by those and other companies led to the EPA declaring the area a Superfund site in 1989.

In the 1990’s Leeds and Northrup moved production to Florida, and Merck bought the land for an expansion.  Last year, Merck donated nine acres of the property to the Wissahickon Watershed, and it was opened as a public greenspace called “Dodsworth Run Preserve.”

More in this category: « Why Do We Decorate Eggs? The Junior Literati of the Trappe »
back to top