Apprenticing to learn a profession, trade, or craft goes back to the Middle Ages. A master craftsman would agree to teach a child his craft over the course of several years. The child would move into the master’s house and work for him in exchange for the education.

We have a collection of a dozen or so contracts for apprentices. They run from the late 18th century to the late 19th century. While you may have read genearalizations about apprenticeship (I know I have) that say they mostly lasted seven years, or that the children were around eight or nine, our collection shows that such generalizations don’t really describe the practice at all.

The apprenticeship indenture of Jacob Lenhart tells us that he was a minor under the guardianship of a Dr. George Martin of Philadelphia. He was sent out to Charles Van Court, a blacksmith in Whitemarsh, for four years and four months. It specifies that Van Court would provide his apprentice with one quarter of school during the third year and $25 at the end of the contact.

Not all apprenticeships were for crafts. In 1842, Robert James McVey signed a contract to learn the “art and mystery” farming from Catharine Lentz. The term was for six years and one month. One wonders if Lentz was a widow needing more help on her farm. In the indenture he promises not to marry, play dice, or frequent taverns or playhouses. In return, Lentz will provide “sufficient meat, drink and lodging,” nine months of school, and a new suit.

One of our earliest indentures, is from 1778. In it, James Gilmore is apprenticed to Isaac Supplee, a joiner (which is a kind of carpenter) for a staggering fourteen years and eleven months. He, too, must promise to avoid marriage, dice, cards, taverns, and playhouses. Some education is promised, though in this case it is specified that he will be taught to read, write, and cypher (spelled “sifer”) to the rule of three. This indenture was preprinted with spaces left blank to fill in the details. This form was apparently a few years old in 1778 because at the bottom we can see the phrase “in the _____ Year of the Reign of Sovereign Lord __________________ King of Great Britain” has been crossed out. 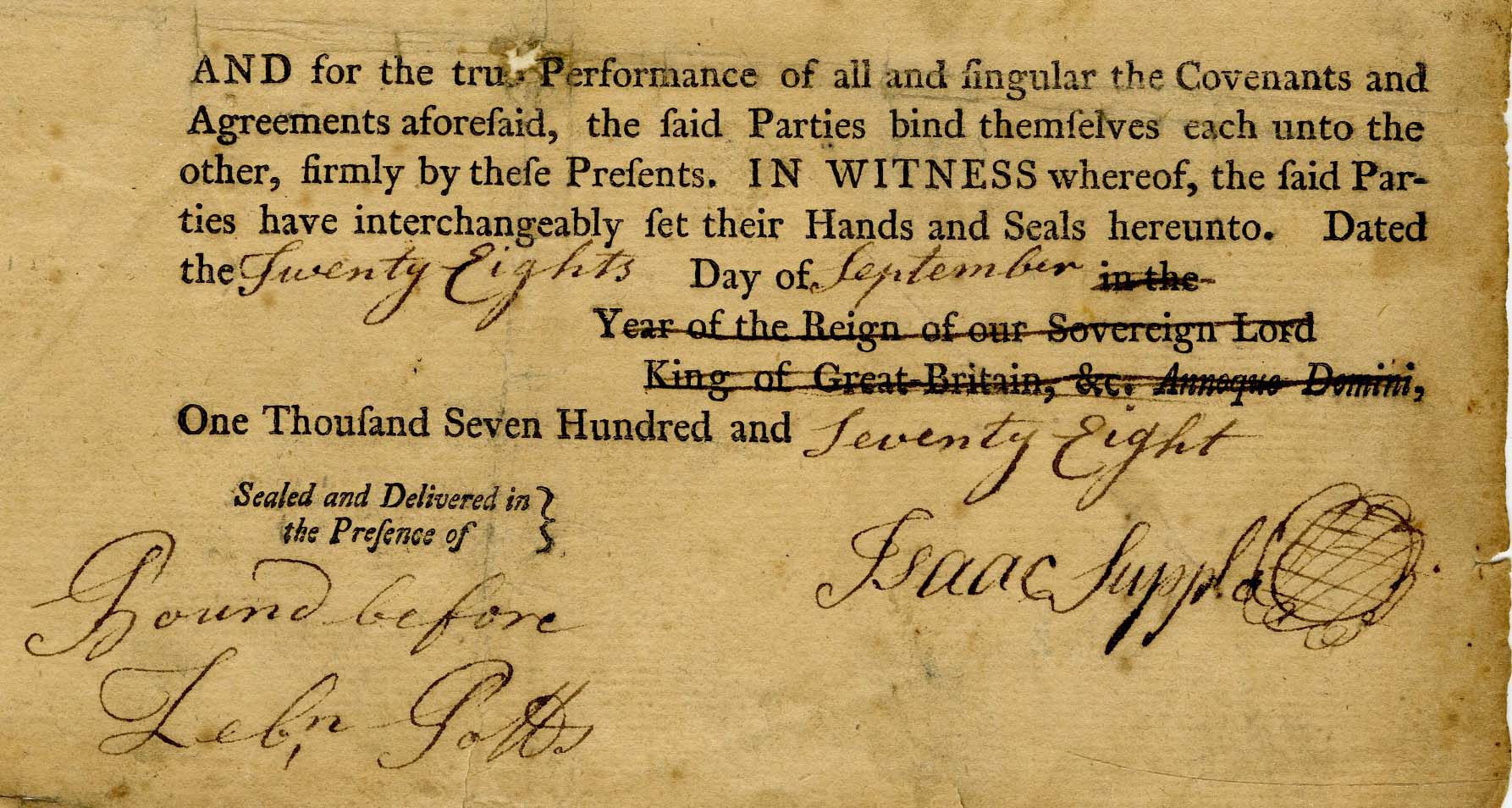 We don’t know how many of these contracts were carried out to completion. Sometimes apprentices were treated badly and ran away, some died before the years were up. We have a record for one apprentice named Benjamin Pool who, along with his father Nickolas, petitioned the Court of the Quarter Sessions to release him from his apprenticeship. It claims that David Lloyd, a shoemaker, had neglected to teach Benjamin his craft and instead employed him farming.  Hopefully, Benjamin was able to find himself a better master. 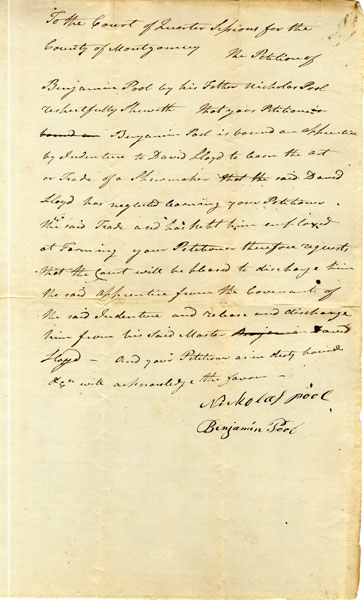 More in this category: « The H. C. Jones Company A Siept family timeline »
back to top