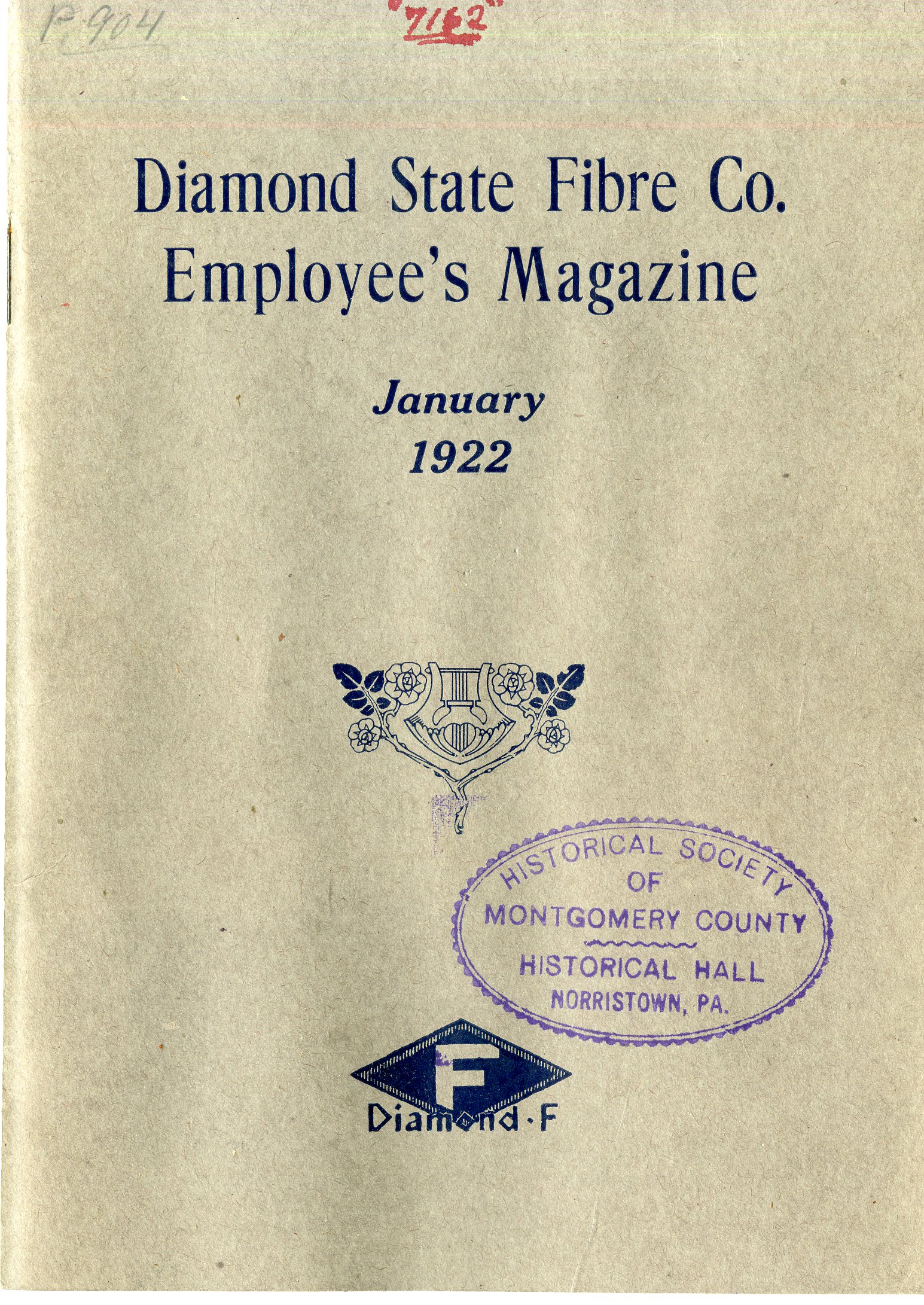 I found this interesting little booklet in an old box labeled “Business and Industry.” It’s an employee magazine for the Diamond State Fibre Co., a paper fiber manufacturer in Bridgeport.

But hang on, both of you reading this are thinking, Delaware is the Diamond State! Yes, it is. The company was based in Elsemere, Delaware. 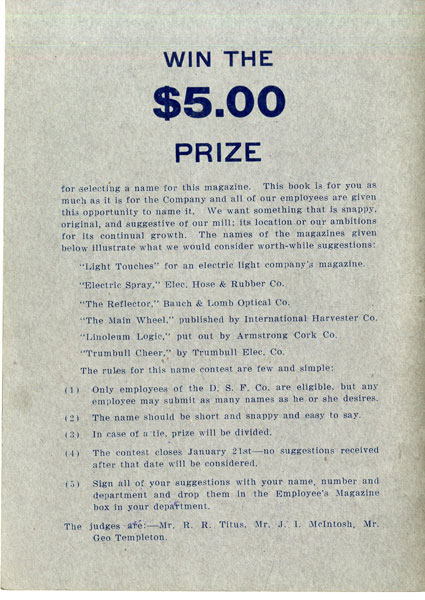 The magazine is unnamed. The back cover advertises a contest with a $5 prize to name it. The inside is filled with information on the Christmas savings fund, humor, children’s pages, and employee updates. There are pictures of some of the equipment at the plant and this one of “The Big Five.” 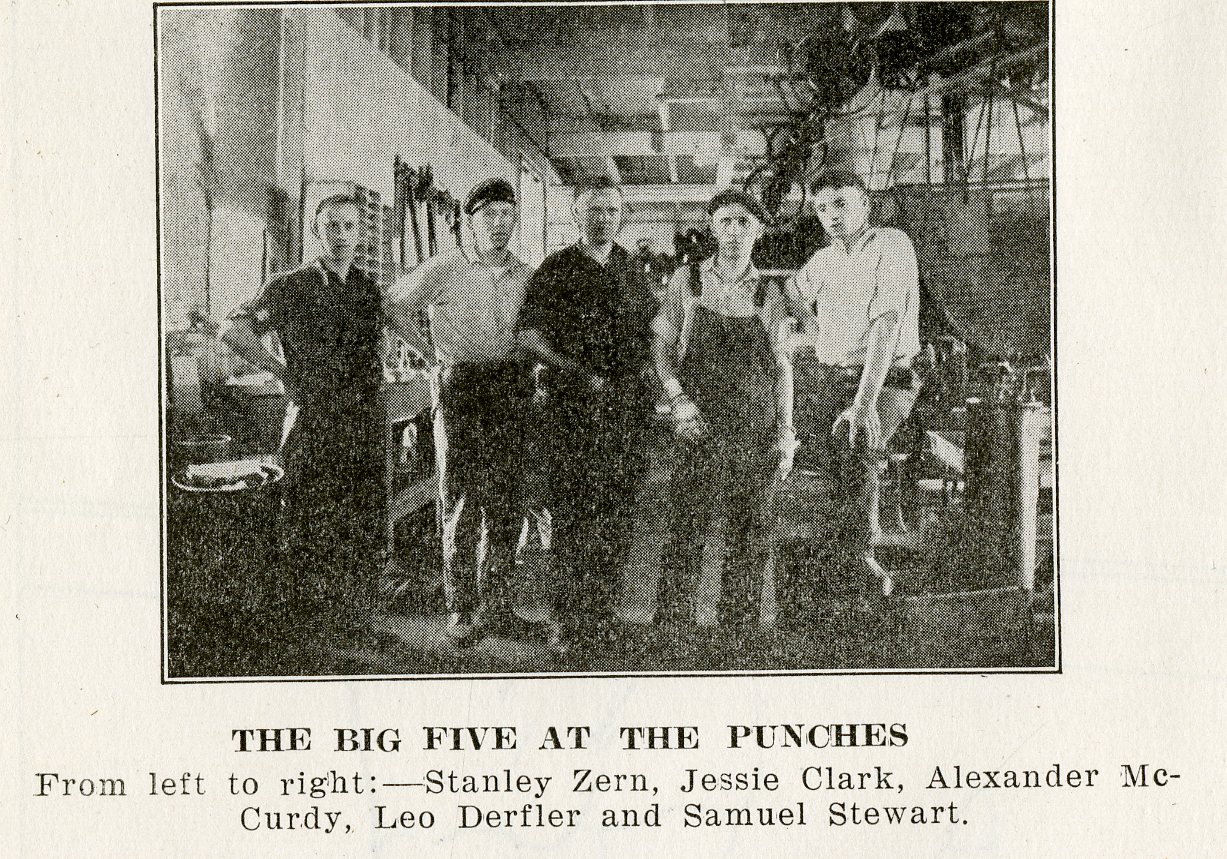 The company's 12 team bowling league gets a few pages of coverage. 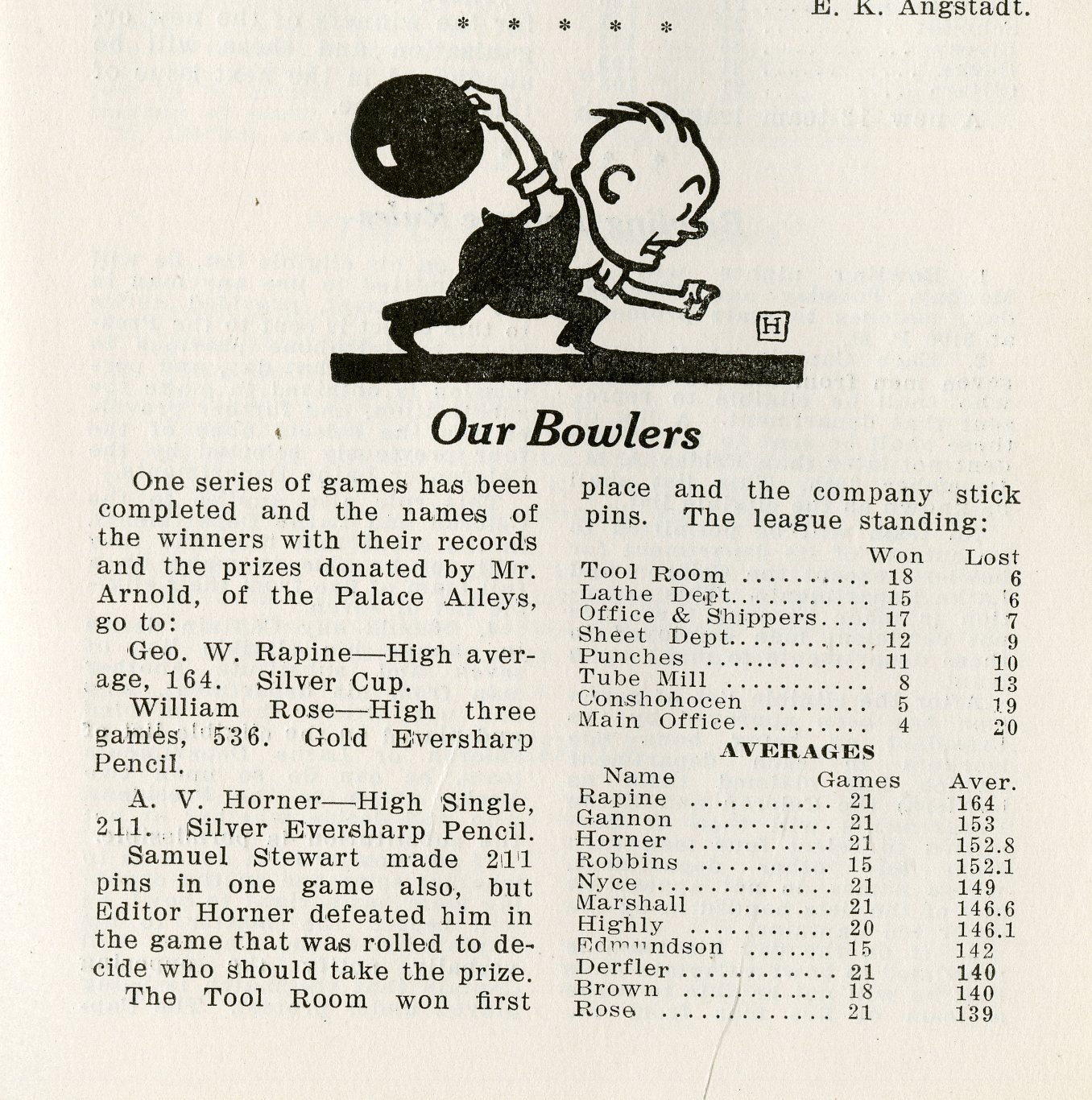 There is only a little bit on what the company actually made. One article explains that the company’s Condensite Celeron was used as insulation for wireless communication. The company installed its own wireless set at the Bridgeport plant. It explains “Our receiving range should be from one quarter to one third the distance around the world.”

This was 1922, and commercial radio was in its infancy. The first station had been licensed only two years earlier in Pittsburgh. The novelty of the radio is clear in the article which says, “A number of powerful radiophone experimental stations are equipped to transmit music by radio and some stations do so on a regular weekly schedule, so that hundreds of receiving stations within their radius can tune their instrument to that wave and listen in to the music.

More in this category: « The Great Sanitary Fair Ada Worthington »
back to top