In Pennsylvania’s first elections, only landowning men 21 years or older could vote. Since then, laws were updated several times to both expand and restrict voting rights. Today, Pennsylvania residents who are US citizens, 18 years old or older, and are not currently incarcerated are eligible to vote. 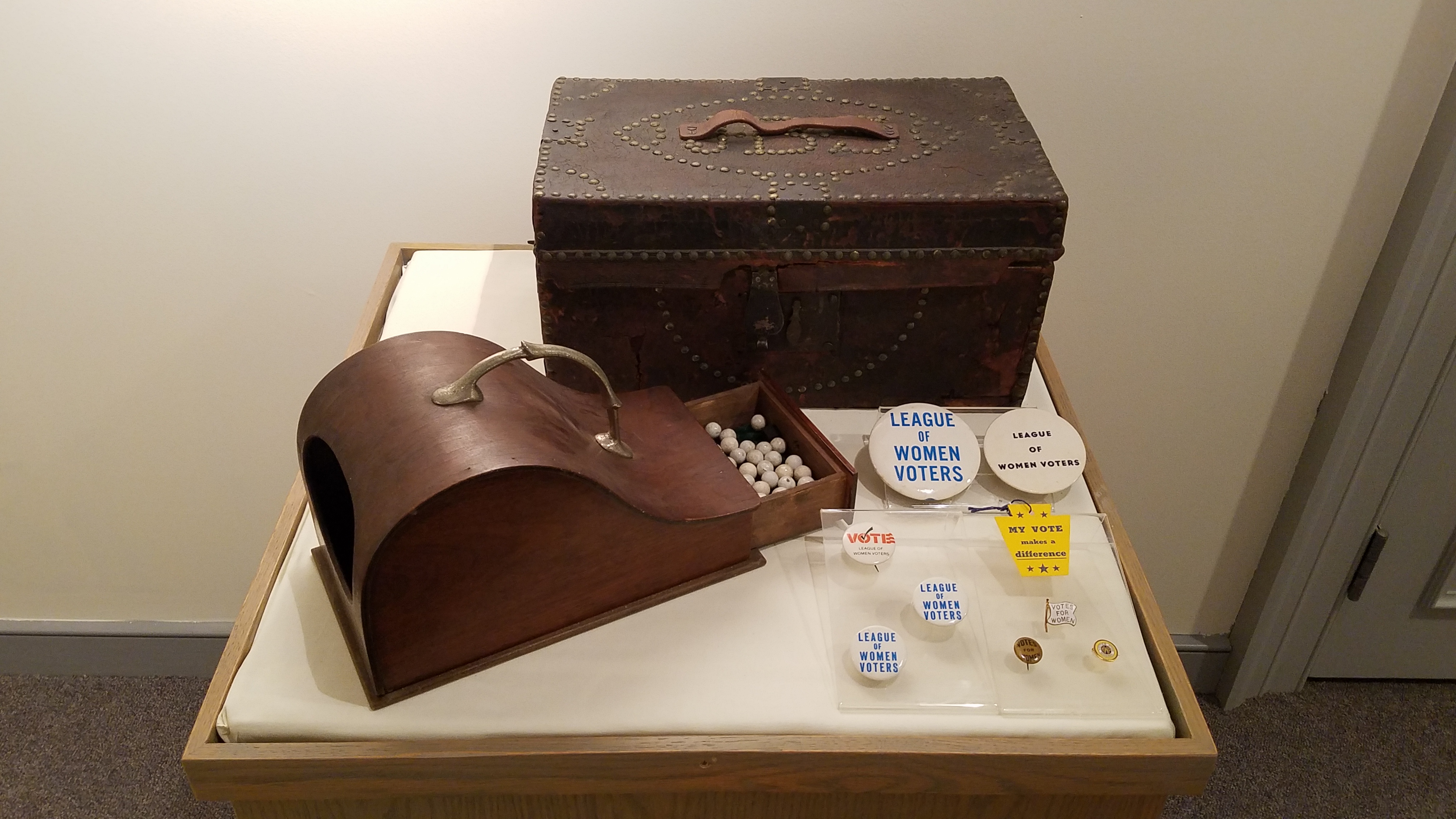 This type of voting box was used by fraternal organizations to make decisions, such as choosing officers. This secretive style box allowed each person to put their hand in, grab a white ball or black square, then place it in a slot where all the votes were collected into the drawer. The desing ensured no one could see how you voted. The white balls represent a yes vote and the black squares represent a no vote. 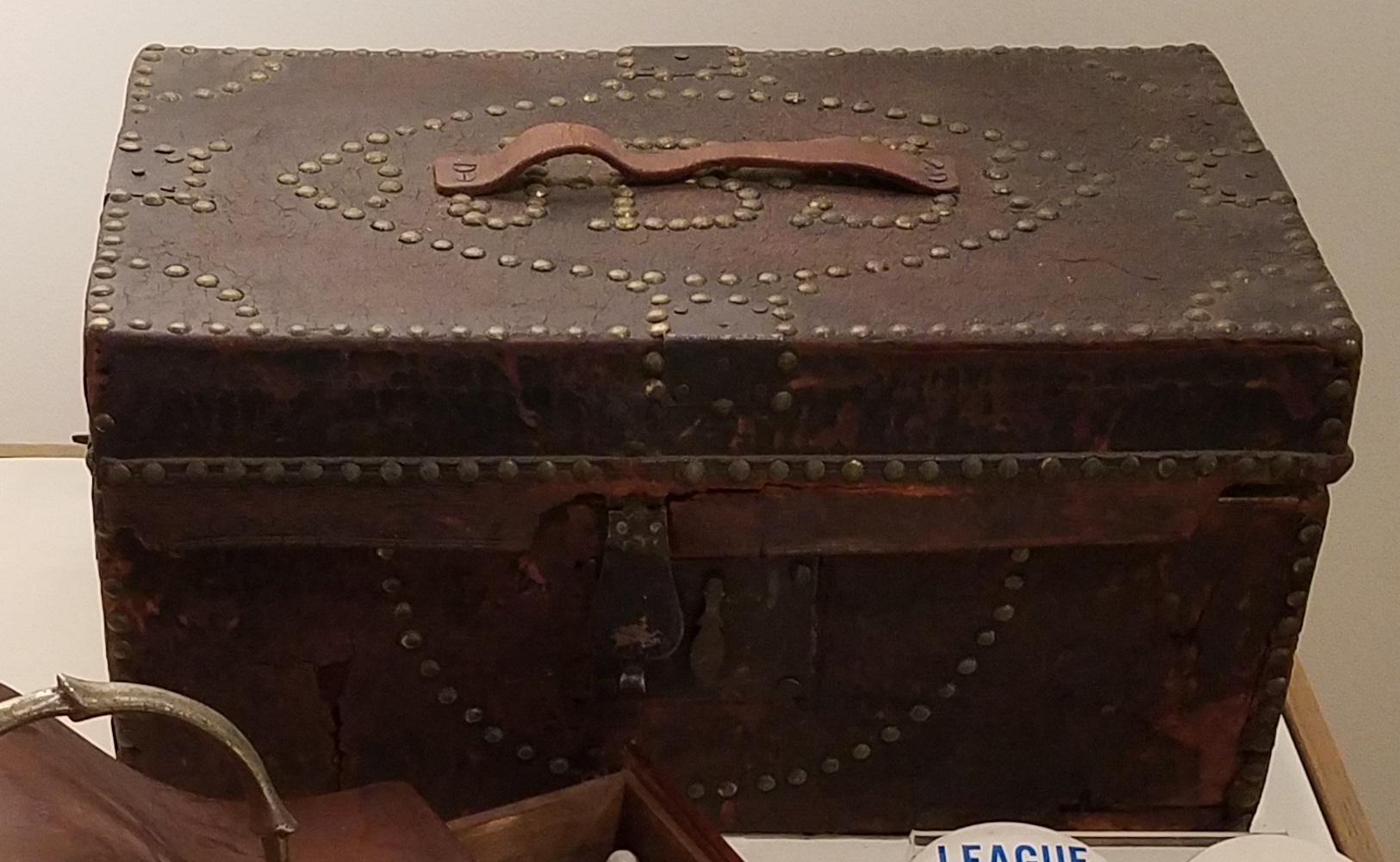 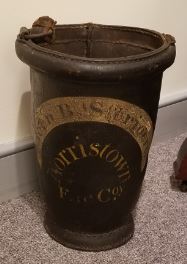 This travel box and fire bucket belonged to Senator John B. Sterigere. Born in Upper Dublin, Sterigere eventually moved to Norristow where he practiced law and served as both a Pennsylvania state representative and senator. Sterigere is infamously credited with suggesting a change to the state constitution in 1838, which disenfranchised Black male voters. Prior to this change, free Black males over the age of 21 were permitted to vote in Pennsylvania. They regained their voting rights with the passage of the 15th Amendment in 1870. 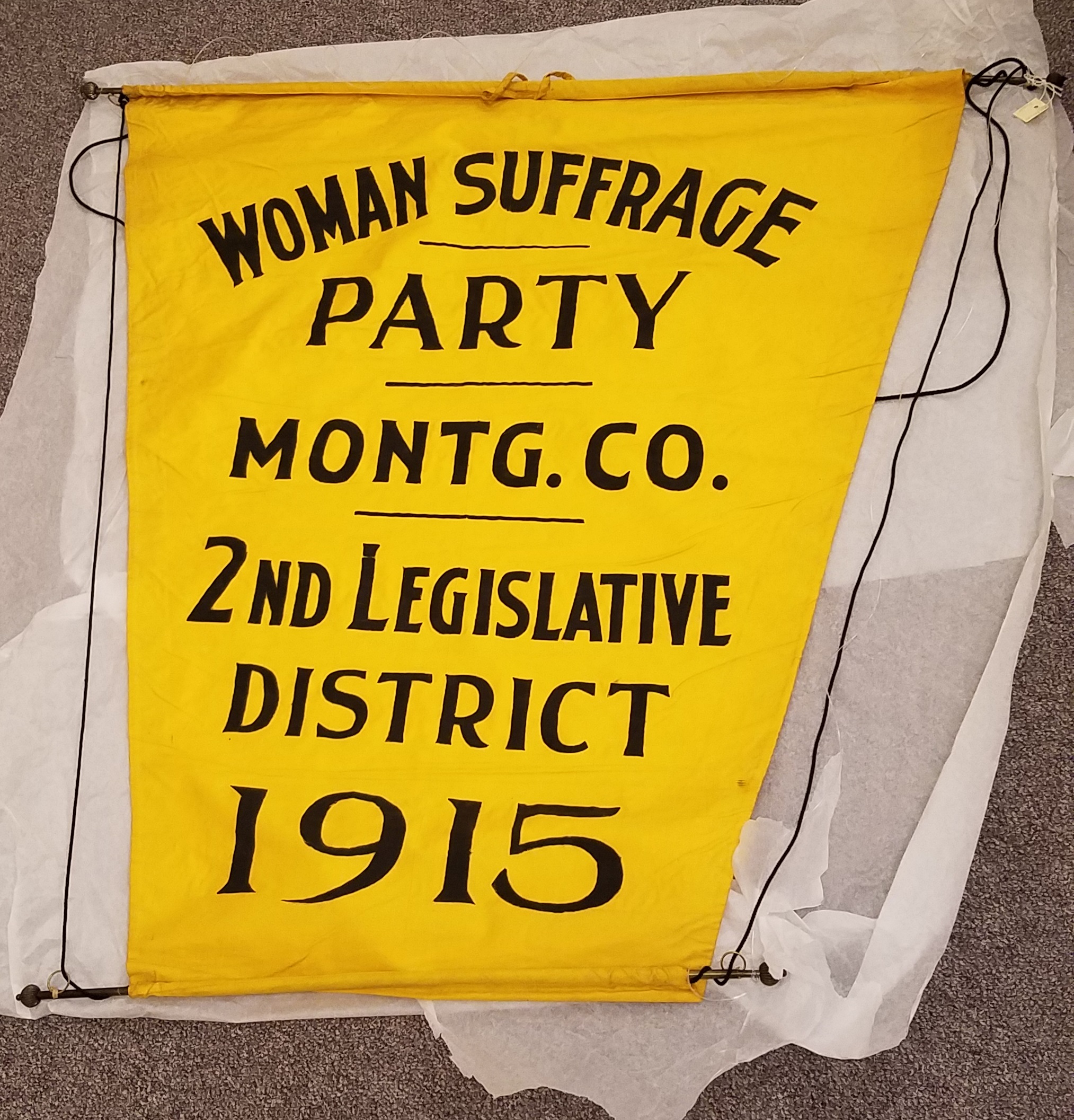 This yellow satin banner belonged to the Woma Suffrage Party of Montgomery County's 2nd Legislative district. The words painted onto the baner are said to have been done by Martha HOvendenn, a famous local sculptor. Martha was daughter of renowned artists Helen Corson Hovenden and Thomas Hovenden. 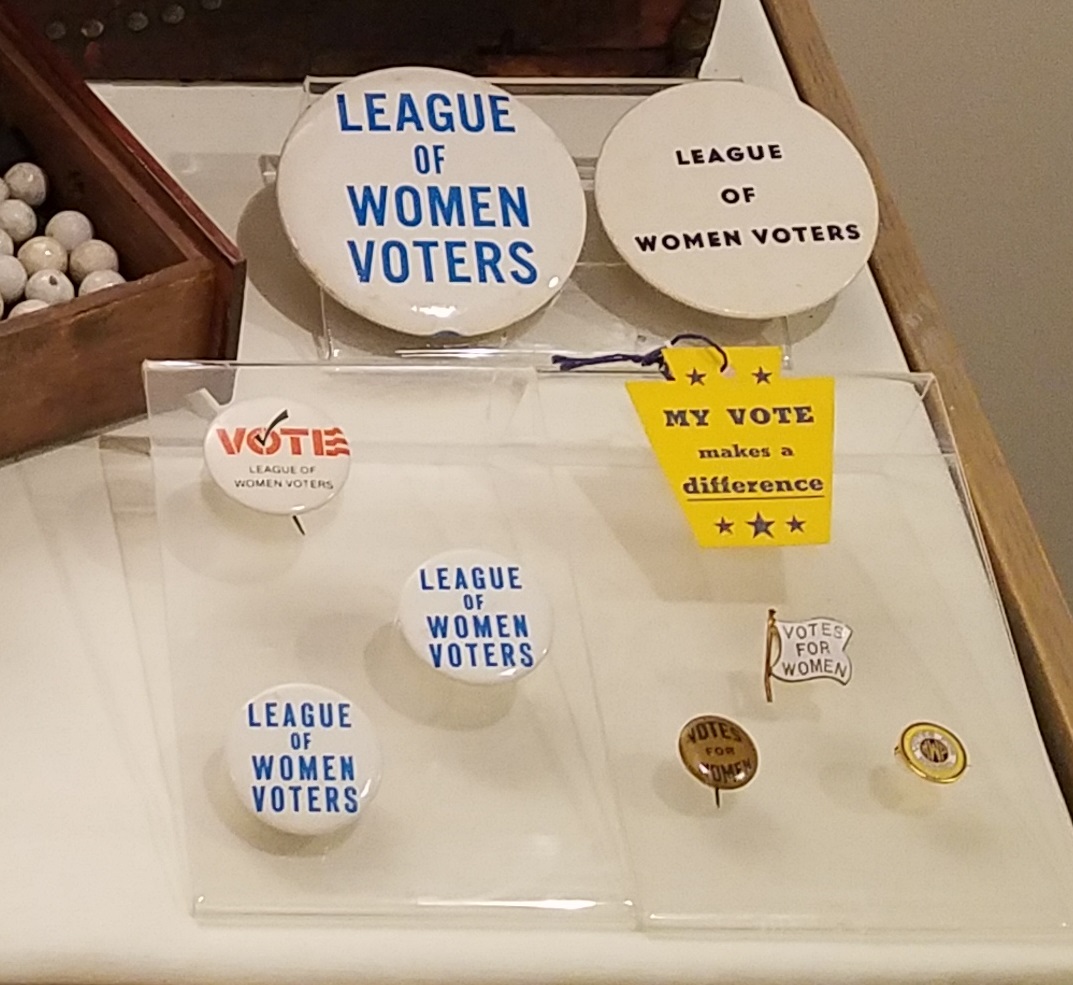 Local Montgomery County groups like the League of Women Voters campaigned for women's right to vote. Other local activists like Lucretia Mott led marches and conventions demanding women's suffrage. In addition to women's suffrage, Lucretia Mott also campaigned for women's rights and the abolition of slavery. Mott created the Philadelphia Female Anti-Slavery Society in 1833 and worked with Elizabeth Cady Stanton to organize the 1848 Seneca Falls Convention.

The Pennsylvania legislature voted to ratify the 19th Amendment on June 24, 1919. The Amendment was approved by 36 states by August 1920, making women's suffrage legal across the United States.