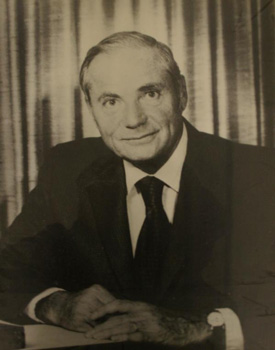 Originally born in Cleveland, Ohio as Milton Jerrold Shapiro, Milton changed his last name to Shapp to avoid anti-Semitism. In 1936, he moved his electronic sales business to Philadelphia and made his residence in Merion Square.

Shapp’s cable company often hired minority groups and promoted women to top management positions. Shapp’s reputation aided him in his run for Pennsylvania Governor. Although he lost in 1966, Shapp’sindividualism resonated with the general public. In 1970, Shapp ran again and became the first Jewish governor of Pennsylvania.

While in office, Shappwas nationally known for getting opposing groups to work together and improving public services. He even became the first governor in the United States to make a law protecting members of the LGBTQ+ community from discrimination. After meeting gay activist Mark Segal in Norristown in 1974, Shapp launched a task force to investigate claims of discrimination in state and local government. Realizing the state legislature would not pass state-wide laws preventing discrimination, Shapp decided to make changes to the state government itself. On April 23, 1975, Shapp issued an executive order to end discrimination within the state government against people based on their sexual orientation.