Maureen Louise Smith was born in Abington on September 8, 1953. She was raised in Ambler and graduated from Bishop McDevitt High School. She earned her BA in Fine Arts from Temple University and her MA in Art Education from Arcadia University. While she painted landscapes early in her career and also worked with clay, Maureen particularly enjoyed oil portrait painting. She was well known for her work painting people in Montgomery County's LGBTQ+ community. Maureen would go to local gay clubs, especially in Bridgeport and Norristown, and take pictures. From these pictures, she would create beautiful, vibrant portraits.

Maureen passed away on October 31, 2019. After her death, Maureen's paintings and a self-portrait bust were donated to the Historical Society of Montgomery County. While none of these works appear to have titles or names of the individuals portrayed, they help to share the story of the local LGBTQ+ community in the early 1990s. 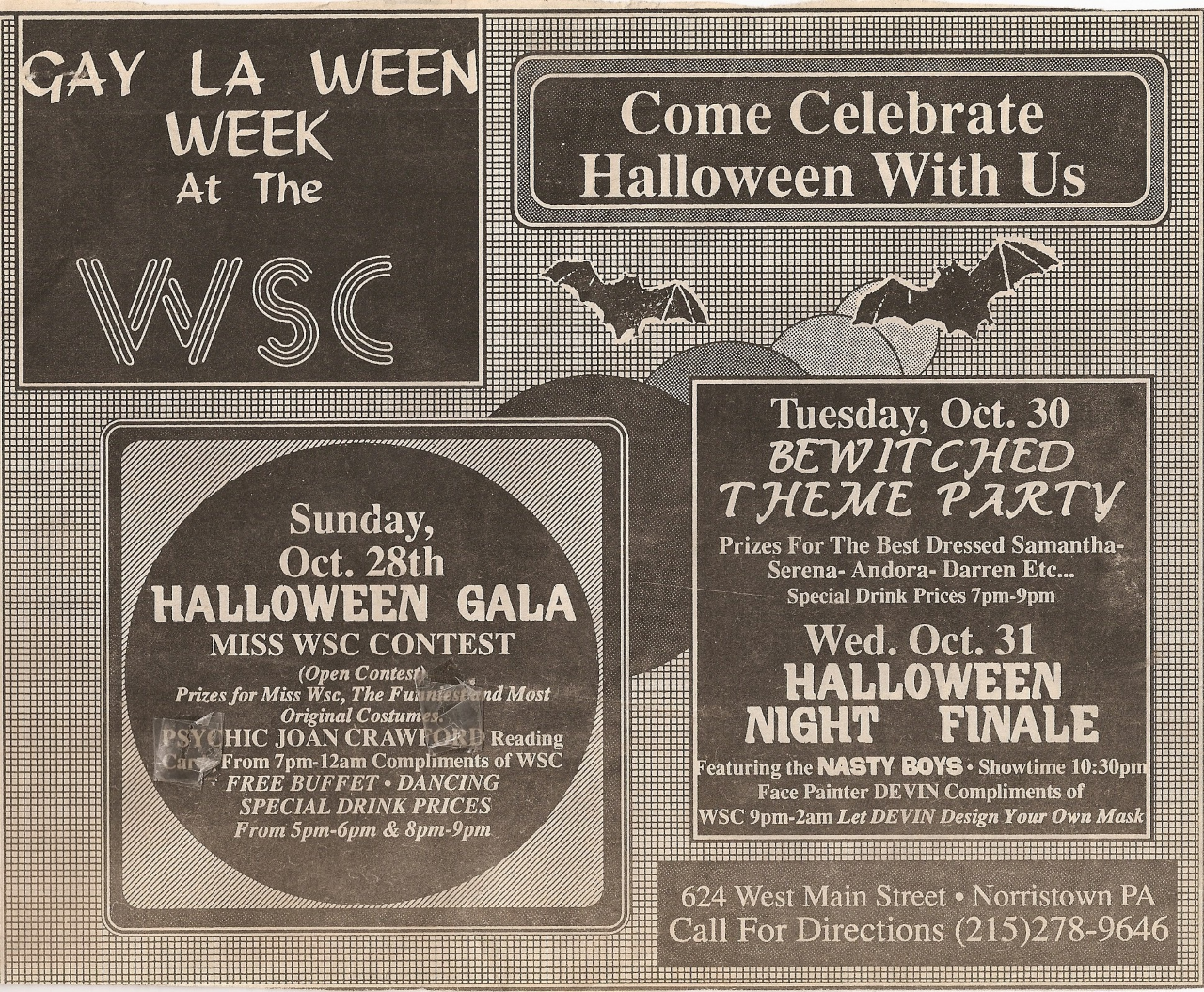 Flyer for Halloween Gala at West Side Club in Norristown

The images below are works created by Maureen in the early 1990s in Montgomery County, PA. Many of them depict people at the West Side Club in Norristown, which was located at 624 West Main Street. Click on an image to enlargen it on your screen.

To continue engaging with the public to collect and preserve the stories of Montgomery County, we hope to collect oral histories from some of the people painted by Maureen Smith.