Encyclopedia of the Under Ground Railroad - by J. Blaine Hudson 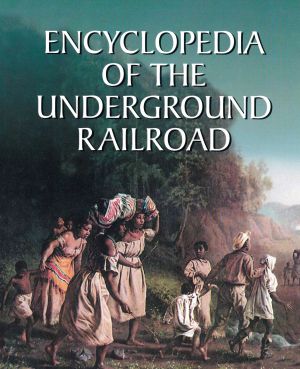 Fugitive slaves were reported in the American colonies as early as the 1640s, and escapes escalated with the growth of slavery over the next two hundred years. As the number of fugitives rose, the Southern states pressed for harsher legislation that they thought would prevent escapes. The Fugitive Slave Act of 1850 criminalized any assistance, active or passive, to a runaway slave—yet it only encouraged the behavior it sought to prevent. Friends of the fugitive, whose previous assistance to runaways had been somewhat haphazard, increased their efforts at organization. By the onset of the Civil War in 1861, the Underground Railroad included members, defined stops, set escape routes and a code language.

The accurate entries show that the attempt to escape was part of the larger antislavery movement and intersected with the call for women's rights. In the desperate measures of the slaves (especially mothers), the heroic black and white "conductors" on the railroad, and the attempts by white Southerners to thwart the escapes, an important story in U.S. history emerges. Although most of the articles are a few paragraphs long, several pages are devoted to topics as needed, such as eight pages on Routes. Further reading at the end of each entry leads to the sources. Illustrations deepen the reader's understanding.