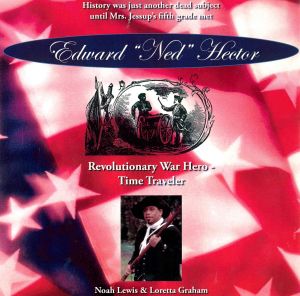 Time travel with Edward “Ned” Hector and Mrs. Jessup’s fifth grade history class back to the Revolutionary War. During a complex and difficult facet of the Revolution were those black Americans, both slave and free fought for personal liberties for all. Noah’s unique depiction of Ned Hector in this book, helps both children and adults learn about the import contributions made by the African Americans who served with Washington’s army. (Some copies are signed)