Images of America – Valley Forge – By Stacey A. Swigart 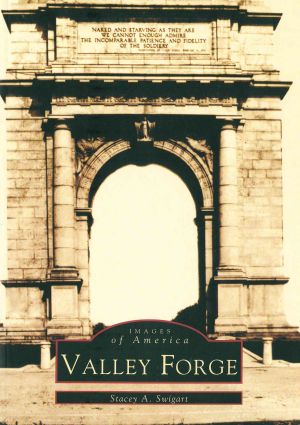 Valley Forge is a name that resonates in the minds of many Americans. As the site of the 1777-1778 encampment of the Continental army during the Revolutionary War, it has come to symbolize determination and triumph. While many people know something revolutionary happened in Valley Forge, they do not understand how or why it became a place of remembrance today.

Valley Forge offers a variety of historical views and background into the site that became Pennsylvania's first state park. Highlights include Washington's Headquarters and the patriotic and inspiring Washington Memorial Chapel, as well as Revolutionary War artifacts that have found a home in Valley Forge. Thousands of books exist on the history of the American War for Independence, but few describe the events and people who have struggled to preserve that story of independence for people everywhere, as Valley Forge does.