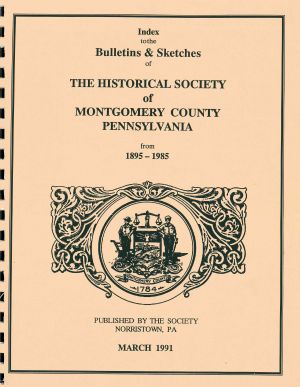 If you are performing research this book will be a valuable reference tool for you. The index published in 1991 provides pointers to both the titles of the articles themselves as well as an index of persons whose names appear in the articles.

Published in March of 1991 this bound volume contains two indices.

Section 1 is a proper name index, which provides pointers to proper names that appears in the various articles. Section 2 is a key word index of the titles contained in the series.