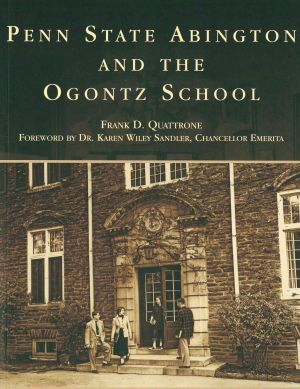 Anyone traversing the hilly, tree-lined paths of Penn State Abington would be hard-pressed to imagine the college in its first incarnation. Among the most diverse of Penn State University’s commonwealth campuses today, the college’s lineage dates to 1850 as the Chestnut Street Female Seminary in Philadelphia. Among the celebrated figures who contributed handsomely to the school’s prestige and growth are Civil War financier Jay Cooke, who transformed his suburban Ogontz mansion into the renamed Ogontz School for Young Ladies; Abby A. Sutherland, the school’s most influential principal/president, who astutely moved the school to a handsome tract of land in Abington Township, which she donated to Penn State University in 1950; and famed aviator Amelia Earhart. In the past two decades, under the direction of Dr. Karen Wiley Sandler, chancellor emerita, the college has become the thriving degree-granting residential institution that it is today.