They’ve been Down So Long….Getting up’s Still on Their Minds – by  Michael E. Tolle 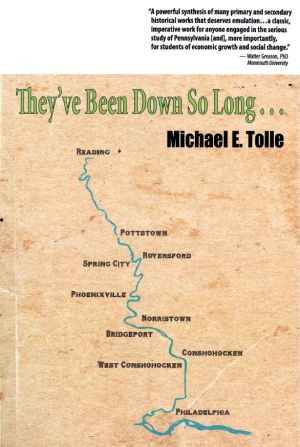 This work by urban historian Michael E. Tolle examines the past, present and future of eight classic American mill towns on Pennsylvania's lower Schuylkill River. Its target audience is community activists in the eight towns and, by extension, activists in similar communities.

The work attacks the myths and misunderstandings about what happened to our towns and cities after World War II, and attempts to replace them with a more accurate understanding of this controversial subject. “A powerful synthesis of many primary and secondary historical works that deserves emulation... a classic, imperative work for anyone engaged in the serious study of Pennsylvania [and], more importantly, for students of economic growth and social change