This item is one of the smallest objects in our collection. Do you have any guesses as to what it is? 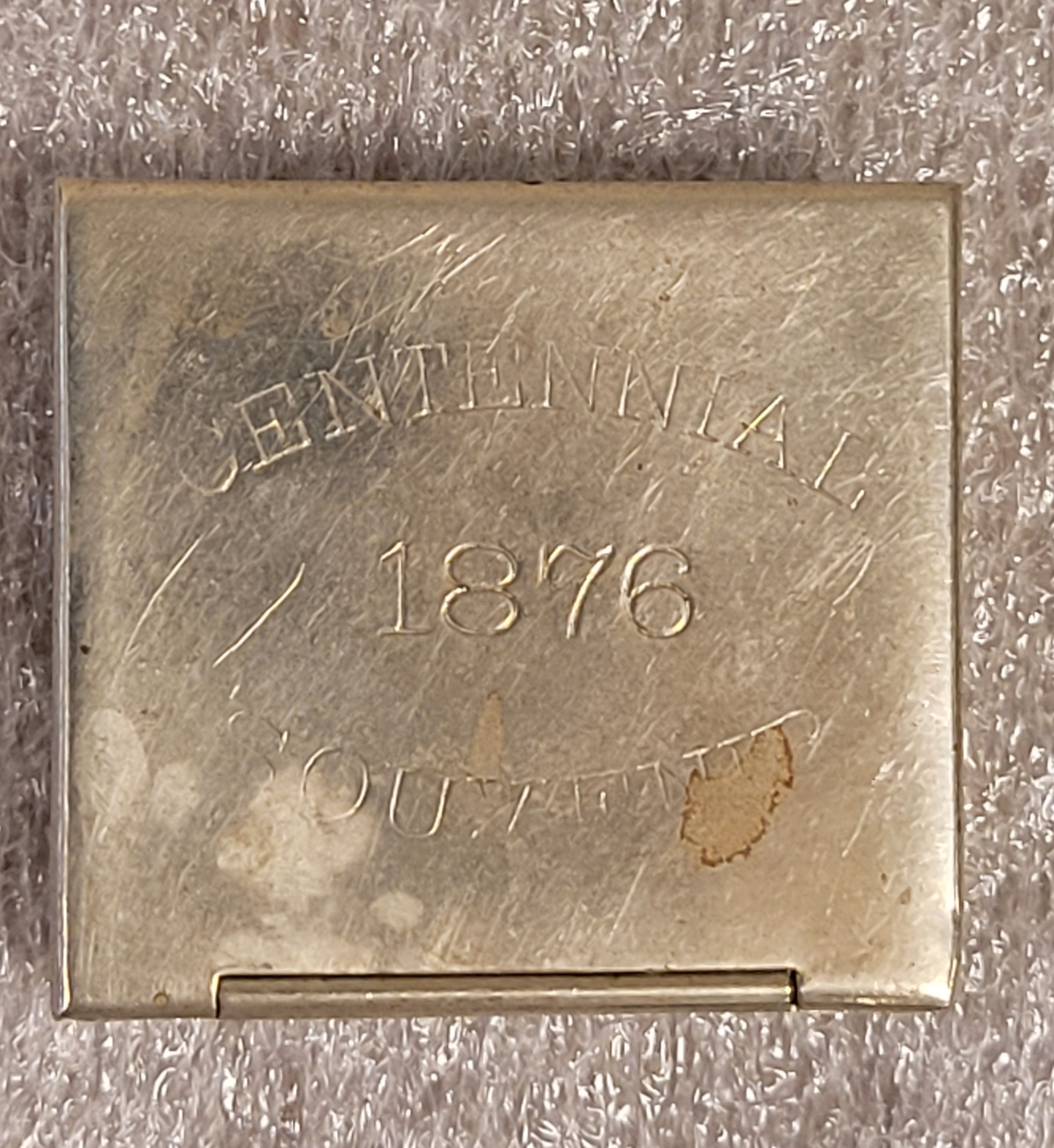 It is a stamp holder! It opens from both sides and there is a spring in the middle, designed to push the stamps upward for easy access. There is even a three cent stamp depicting George Washington inside. 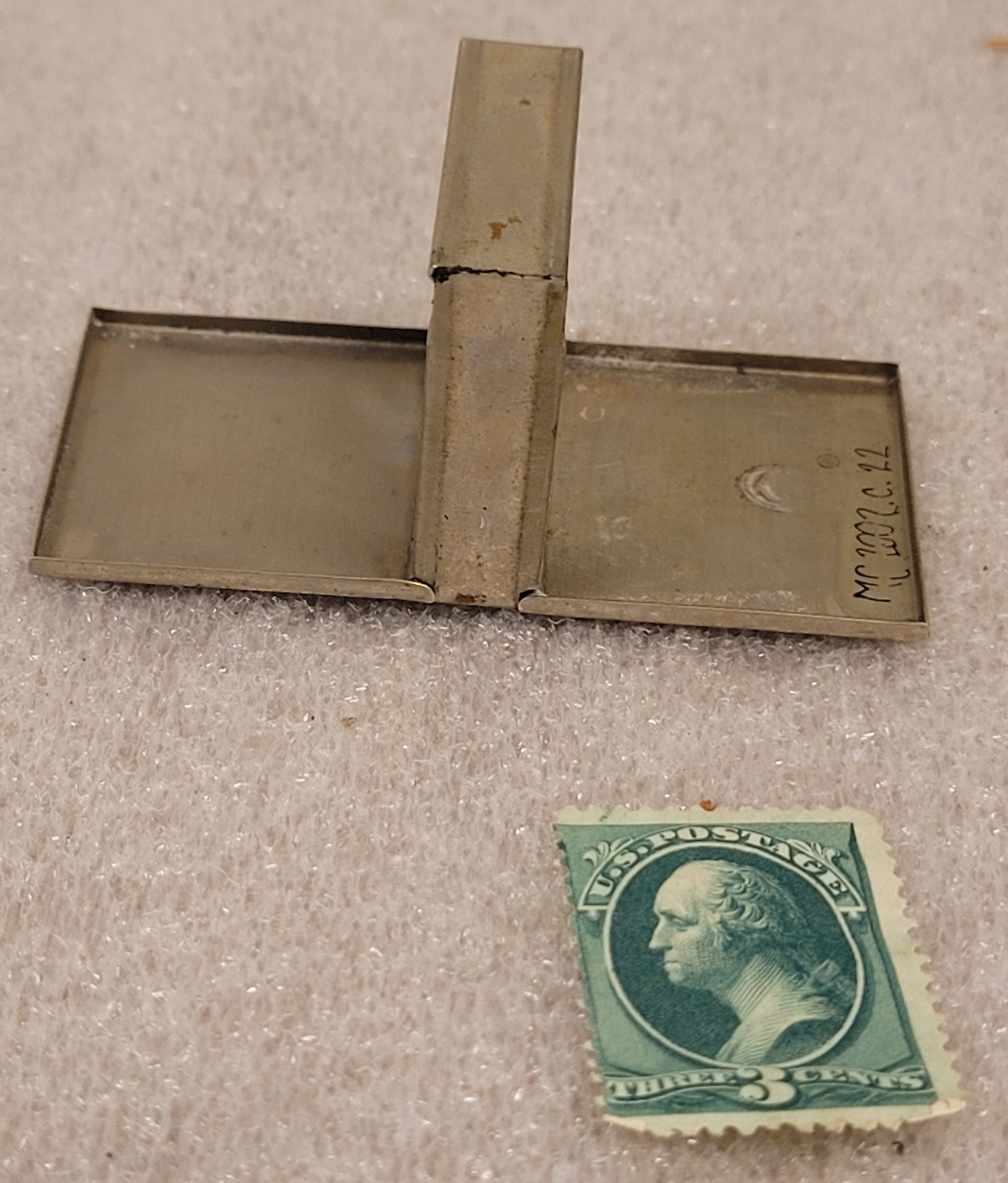 We have a few items connected to the 1876 Centennial celebration. This event occurred in Philadelphia from May to November in 1876 to celebrate the United State's 100th anniversary. The large grouping of exhibitions attracted many merchants to the area to sell souvenirs. This stamp holder was one such souvenir. It is marked "P.W. Hall," which we believe was short for Phidello W. Hall. 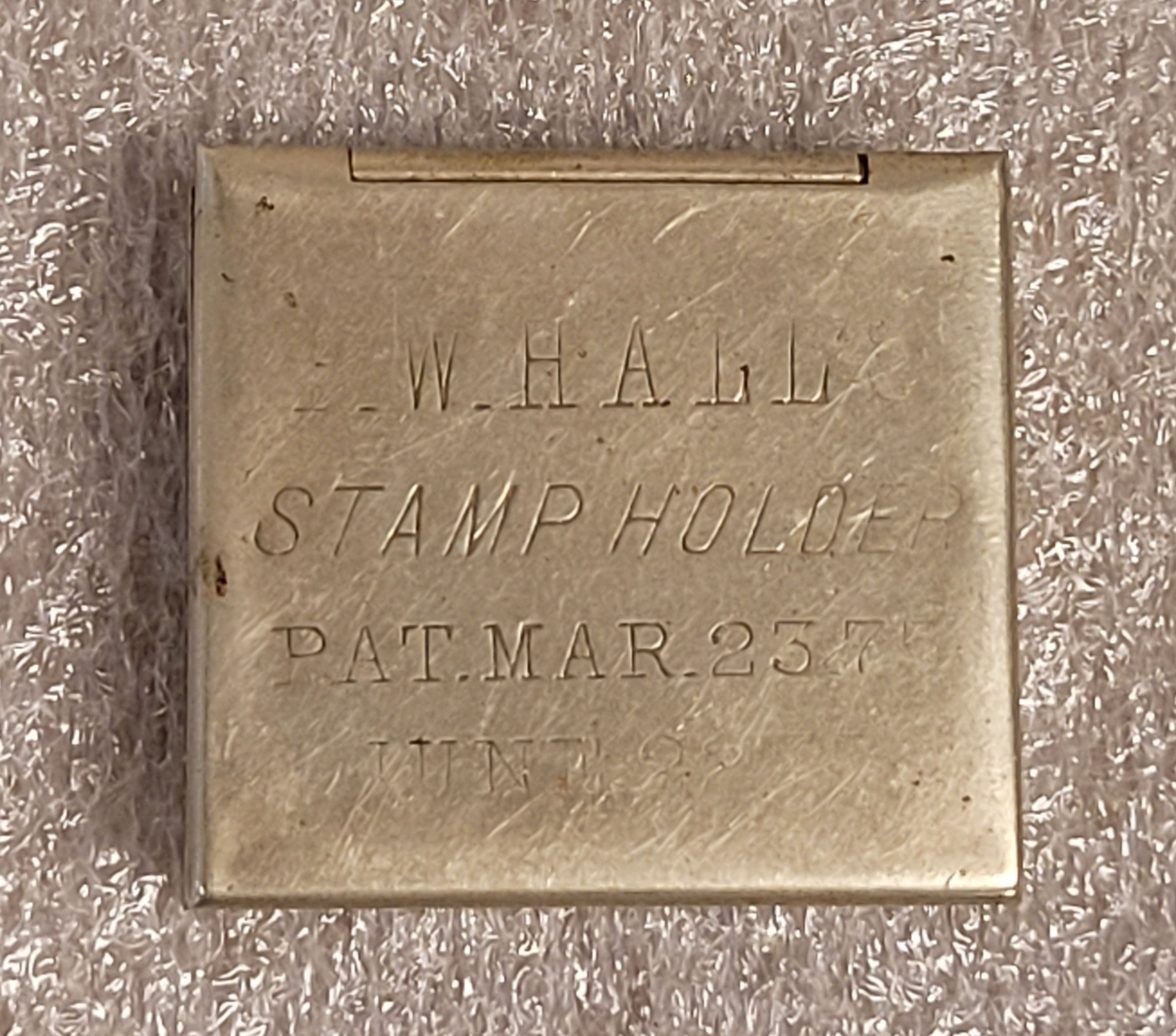 Pictured below is a patent for one of Hall's other postage stamp holders. Notice how the graphic depicts the spring design in Figure 3. Although HSMC's stamp holder is a different design, the spring used in ours has the same function. 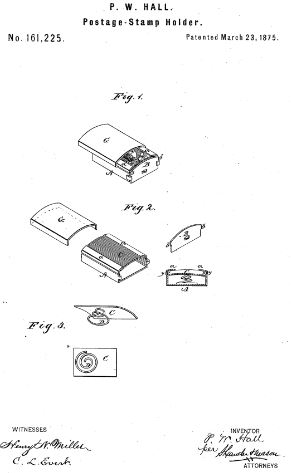 According to this patent, Hall's stamp holder was an improvement to older holders. Hall filed for this patent in St. Louis, Missouri on January 13, 1875. The patent was granted in March of that same year. In June 1875, Hall's stamp holder design was published in the Official Gazette of the United States Patent Office, Volume 7. 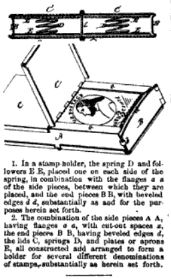 Other than these patent findings, I have not yet located other information about Hall. Since his patent was granted in St. Louis, I think it's safe to say he was not a resident of Montgomery County. If anyone has extra information about Hall, feel free to send me an email: This email address is being protected from spambots. You need JavaScript enabled to view it.