Readers of a certain age no doubt remember The Saturday Evening Post. Even readers born after the Post’s heyday, are probably familiar with some of its familiar Normal Rockwell covers. But, did you know of Montgomery County’s connection to the iconic American weekly?

Published in Philadelphia, The Saturday Evening Post goes all the way back to 1821, but it rose to prominence in the twentieth century under the direction of Charles Horace Lorimer. Lorimer lived in Wyncote, part of Cheltenham township. Much of his estate is now occupied by Ancillae Assumpta Academy. 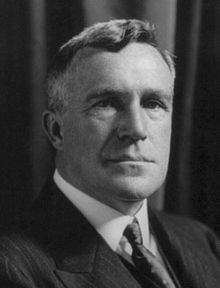 Lorimer was also the author of the book Letters from a Self-Made Merchant to His Son. While it’s not widely known today, it was a best-seller in the early twentieth century. 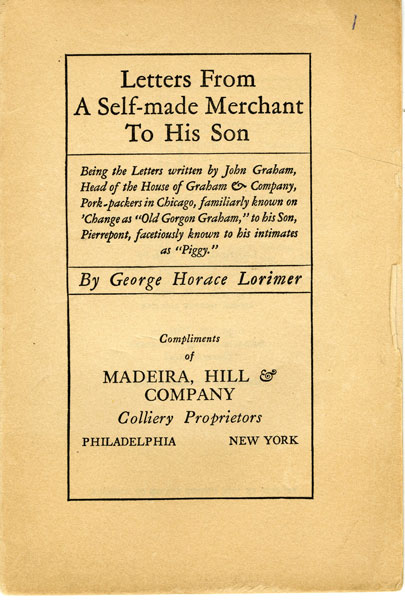 Cover from Letters from a Self-Made Merchant, from our collection

Lorimer left the Post in 1936, in part, according to the Saturday Evening Post Society’s website, because he felt out of touch with New Deal era America. The cover in our collection dates to 1949, when Ben Higgs was editor. 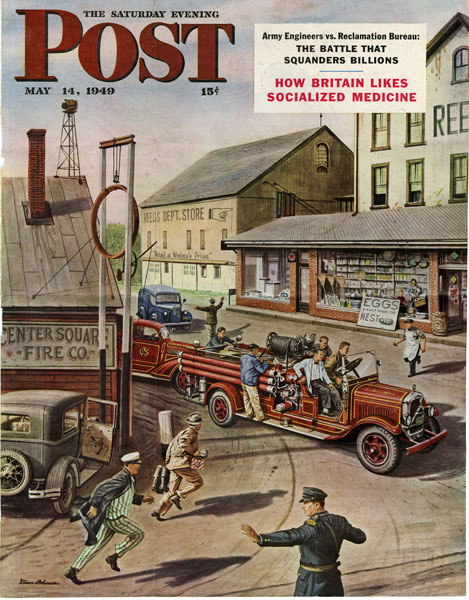 It shows a well-known corner of Montgomery County – Skippack Pike and 202 in Whitpain.  Men run to the engin of the Center Square Fire Company on one side of the street and the recently closed Reed’s Store appears on the other side. The note for this  cover claims that the artist, Stevan Dohanos, was looking to capture a small town fire company. It goes on to say, “Incidentally, four Post artists, long fascinated by that Center Square department store, have tried to figure out a theme for coverizing it, and failed.”

The Post continued to be an influential magazine into the 1960’s when competition from television led to the decline of print media. The Post’s parent company lost a major libel suit and the magazine stopped printing in 1969. Since then, it has been revived, most recently by the non-profit Saturday Evening Post Society.