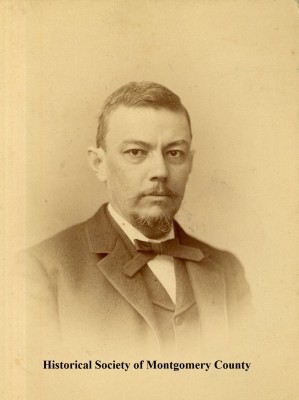 Born in Phoenixville in 1843, Samuel Whitaker Pennypacker spent his young adult life studying law. After opening his own law practice in Philadelphia in 1866, Pennypacker explored public service opportunities. He served on the Philadelphia Board of Education and was appointed judge of the Court of Common Pleas of Philadelphia in the late 1880s. In 1902, Pennypacker (Republican) defeated Robert Pattison (Democrat) to become the 23rd Governor of Pennsylvania.

During his time as Governor, Pennypacker addressed problems created by the industrial revolution. One of these problems was the Coal and Iron Police. Prior to the 20th century, Pennsylvania only had localized sheriffs and police. With the rise in Pennsylvanian manufacturing, companies hired private police to secure their property. However, without oversight, many of these private police were used to combat strikes and other worker disputes. Governor Pennypacker saw these private police as unconstitutional and thus created the Pennsylvania State Police. This statewide police force was one of the first in the United States. 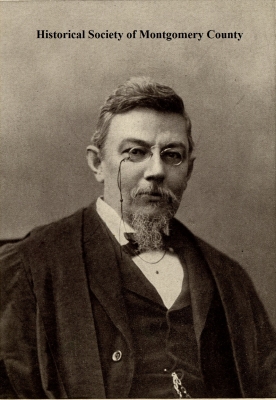 In addition to the State Police, Governor Pennypacker appointed the first commissioner of forestry and helped to preserve half a million acres of land. He also established the State Museum of Pennsylvania and oversaw the rebuilding of the State Capitol (which later became the subject of a price gouging scandal). 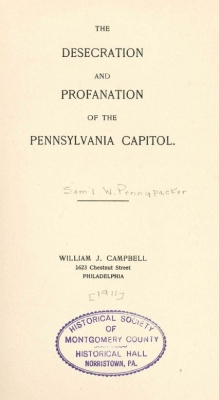 One less positive aspect to Governor Pennypacker’s time in office was his poor relationship with the press. Tired of being drawn as a parrot by political cartoonist Charles Nelan, the Governor passed the Salus-Grady law (also known as the anti-cartoon law of 1903). This law banned cartoons that depicted people as animals. According to Governor Pennypacker, the law was designed to make the press more accountable and less driven by newspaper sales. The press claimed the law was a violation of their first amendment rights and proceeded to depict the Governor and other politicians as non-animal objects. The Salus-Grady Bill was ultimately repealed in 1907 after Governor Pennypacker’s term ended. 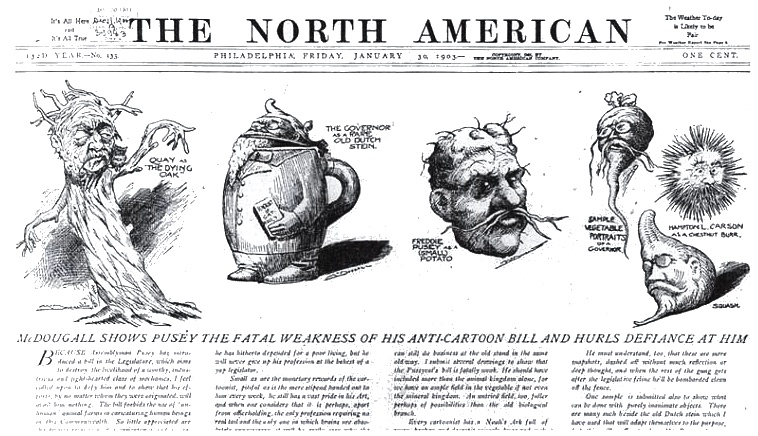 After his Governorship, Pennypacker returned to practicing law and writing. He died on September 2, 1916 in Schwenksville and is buried in Morris Cemetery.

When Cartoonists Were Criminals. Historical Society of Pennsylvania. https://hsp.org/blogs/fondly-pennsylvania/when-cartoonists-were-criminals

More in this category: « The Saturday Evening Post and Montgomery County Horsham Fire Company »
back to top