Cooking for the sick

In past centuries, when doctors were scarce, expensive, and often unhelpful, the average person treated medical ills at home. Home remedies were passed down the generations in hand-written receipt books. When cookbooks became popular in the late Eighteenth Century, many included a chapter on treating diseases and cooking for invalids.

I got thinking about this today when I examined a ledger from the county almshouse. Dated from 1919 to 1924, the ledger seems to record food served to the inhabitants of the home. Now, I should say, this is really conjecture. The book itself has no label or indication of what it is. Pages are labeled with a name (presumably a building at the home) and a month. The days of the month run down the left side of the page. Different kinds of food run along the top of the page. I surmise that this book records what was served rather than what was purchased because I think it’s unlikely that they shopped every day and it doesn’t record any prices. 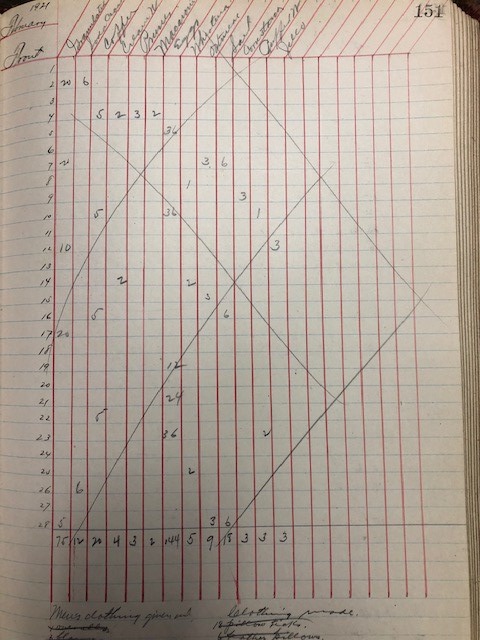 Foods served in the hospital building are on their own pages. To me what’s striking is the number of eggs served. In the other buildings eggs seem to have been a weekly treat, but the hospital served them every day. 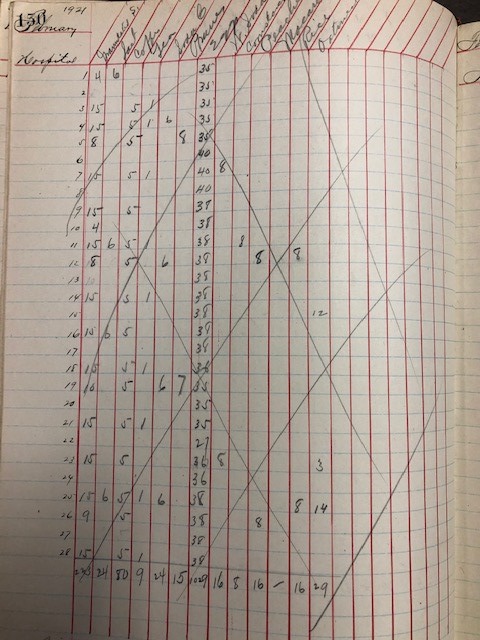 Several cookbooks in our collection contain sections for cooking for the “sickroom.” The Willing Workers Cook Book published by the Willing Workers Society of the Frieden’s Church in Sumneytown offers recipes for beef tea, toast water, and egg lemonade:

Beat one egg with one tablespoon sugar until very light; stir in three tablespoons cold water and juice of small lemon, fill glass with pounded ice and drink through straw. 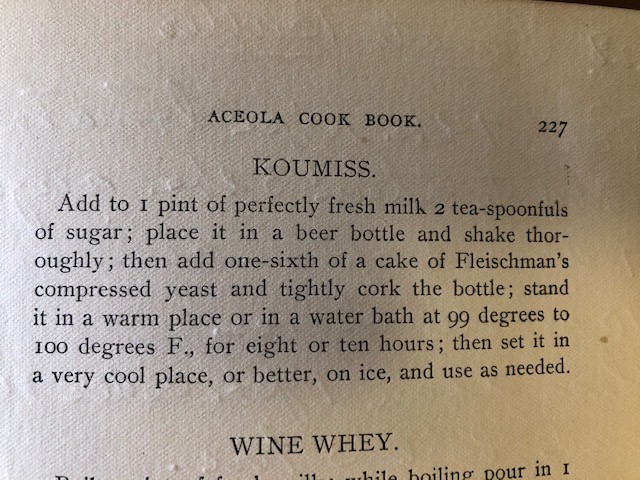 Besides recipes for simple foods that sick people could easily digest, some books offered recipes for more direct treatments. Mackenzie’s Ten Thousand Receipts in the Useful and Domestic Arts includes instructions on everything from fish culture to fireworks. In the medical chapter it offers treatments for a variety of ailments (most involve bleeding the person and giving them alcohol). For coughs it recommends a mixture of black currant jelly and niter. Here are some recipes for sore throat: 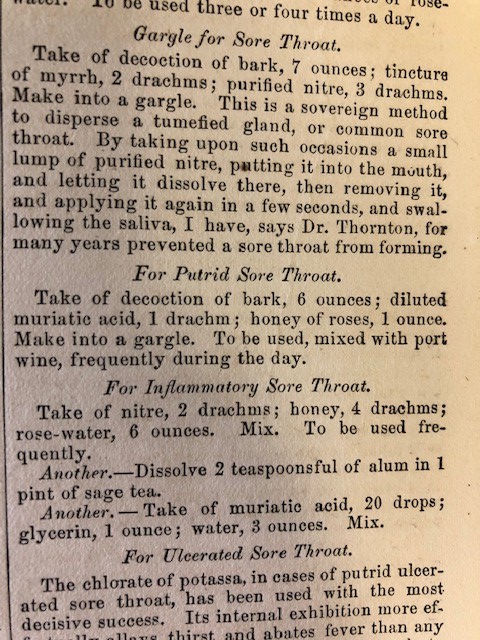