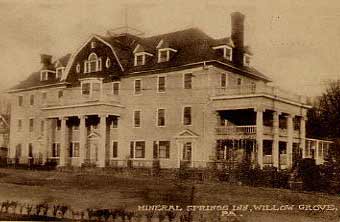 For centuries, people with various ailments have traveled to mineral springs to drink and bathe in healing waters. The minerals in spring water were thought to heal skin conditions, ease indigestion, and cure many other complaints. In Montgomery County, Abington and Willow Grove were once well known for their mineral springs.

Thomas Hallowell was the first to advertise “Mineral Spaw Water” in 1768. Benjamin Rush wrote a pamphlet on the local water in 1773. He  referred to it as “Abington Water” and claimed the water was high in iron. Thomas French was the first to build a bath, but he was followed by others who also offered accommodation, and the area around “Willow Grove Springs” soon became a popular country retreat.

In 1784, a blacksmith from Germantown named George Rex, bought 39 acres around the springs and developed a tavern and hotel called the Mineral Springs Inn. Rex had showers and plunging baths at his inn and advertised that visitors from Philadelphia could take a daily stage coach to his establishment. The hotel stayed in the family until 1865 when John Berrell bought it. Charles Ehrenpfort bought the hotel in 1890 and undertook a large expansion in 1895. 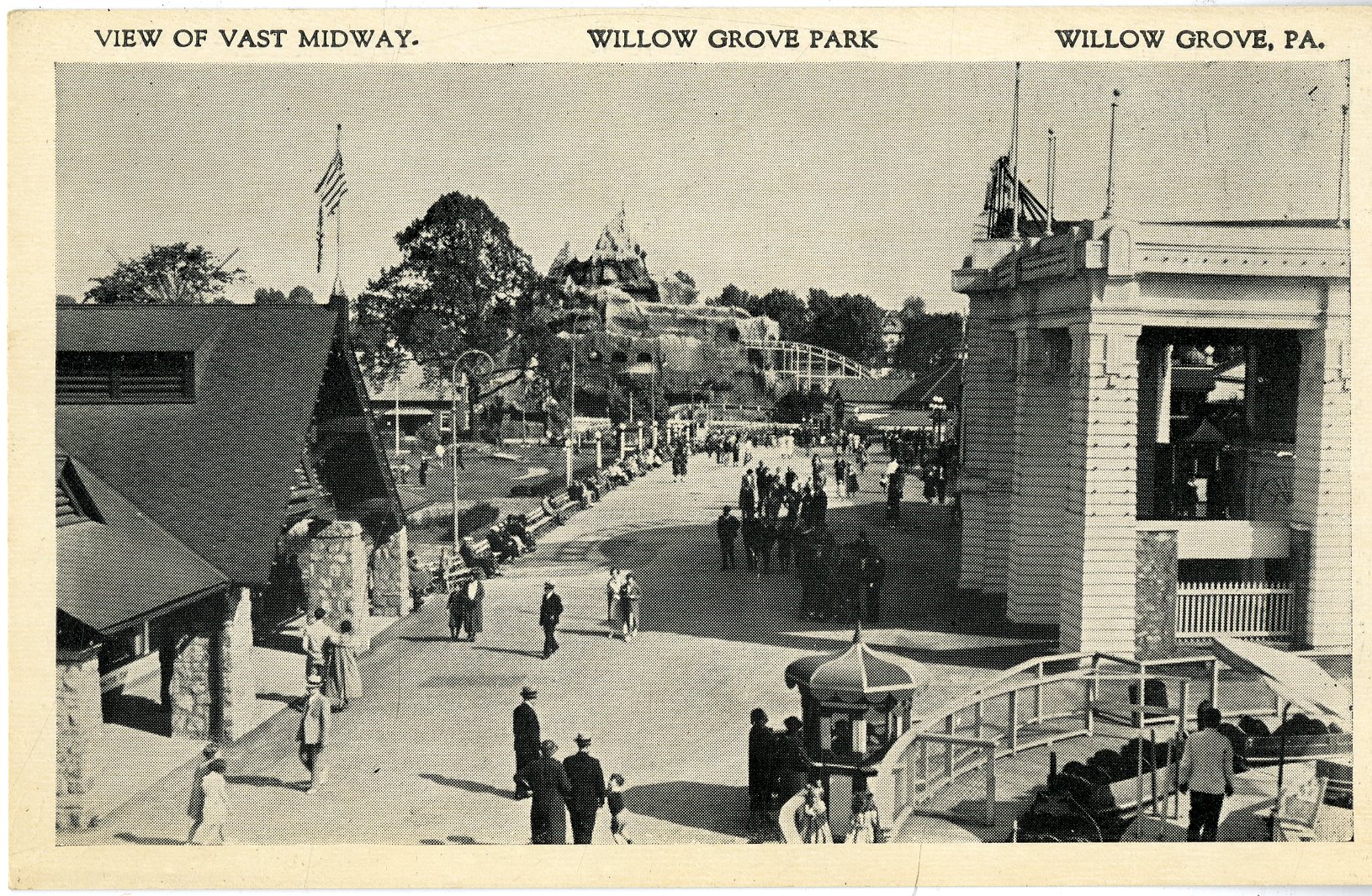 When Willow Grove Park was built on swamp land south of the springs a year later, it became the main attraction and the mineral waters were forgotten.  Although the hotel stayed open and remained successful, few guests were drinking water.  Prohibition hit the hotel’s business hard.  It clsoed and was razed in the 1930’s.

Today, the location of the hotel and spring is the Veteran’s Memorial Park. In 2003, the Upper Moreland Historical Association began an excavation of the mineral spring with the goal of restoring it and incorporating it into the existing park. As part of the process, the Montgomery County Health Department tested the mineral content of the water and found it to be similar to the water throughout the county..

Sources: Weiss, Harry B. and Howard R. Kemble. The Took to the Waters: The Forgotten Mineral Spring Resorts of New Jersey and Nearby Pennsylvania and Delaware.  The Past Times Press, Trenton, NJ, 1962.

More in this category: « Cooking for the sick Holly Brothers' Cheese »
back to top