Mennonites and their books 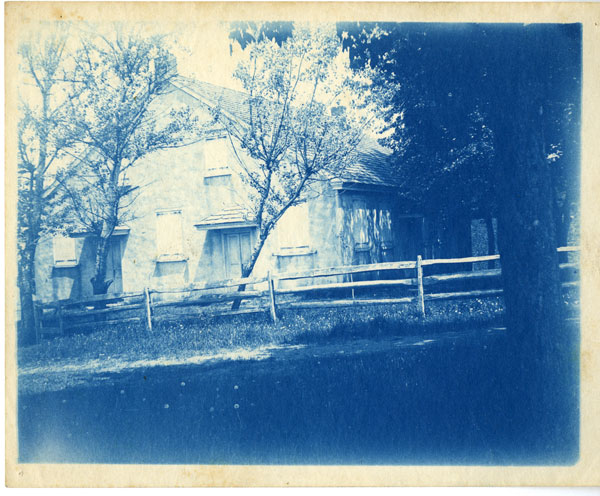 An undated cyanotype of the Salford Mennonite Meeting House

A couple of months ago, I talked about some of the old and rare books in the Historical Society’s collection. Well, I’m still working my way through them, and it’s been interesting to see how the books in our collection reflect the history of our county.

This book, Eine Restitution, oder eine Erklarung einiger Haupt-puncten des Gesetzes (A Restitution, or an Explanation of Some Principle Points of Law) was written by Bishop Heinrich Funck of Franconia. 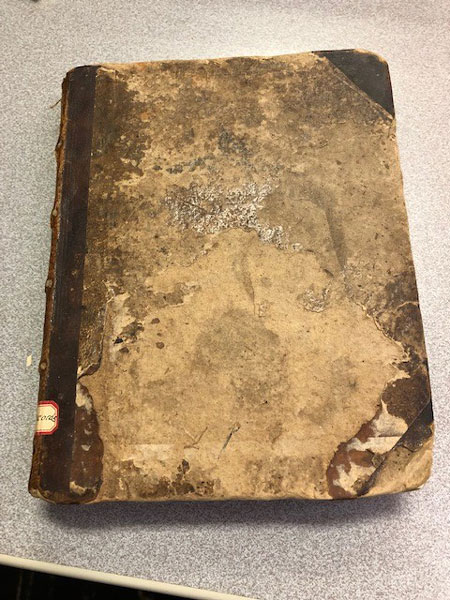 Funck came to Pennsylvania in1717 probably from the Palatine in Germany. He was descended from Swiss Mennonites who had been thrown out of Bern in the previous century. He eventually settled in Franconia Township and was a founding member of the Salford Mennonite Meeting. Funck also owned and operated a mill on Indian Creek. His son, Christian was also a Mennonite bishop, who broke away from the Franconia Mennonite Conference because he was in favor of paying taxes to support the American Revolution.

Funck was also involved in the production of another book in our collection, The Martyr’s Mirror. This was translated from the Dutch at Ephrata. Funck and his colleague Dielman Kolb oversaw the translation, reading each page as it became available.

Frontispiece from our 1748 edition of The Martyr's Mirror

Another interesting book in our collection is Christlish- und erbauliche Betrachtungen (Christian and Uplifting Reflections) by Jakob Denner. This is a large collection of Denner’s sermons. Now, Denner never came to Pennsylvania, he was a Mennonite preacher in Germany. His sermons were widely attended by members of different Protestant sects, and his books were widely read. 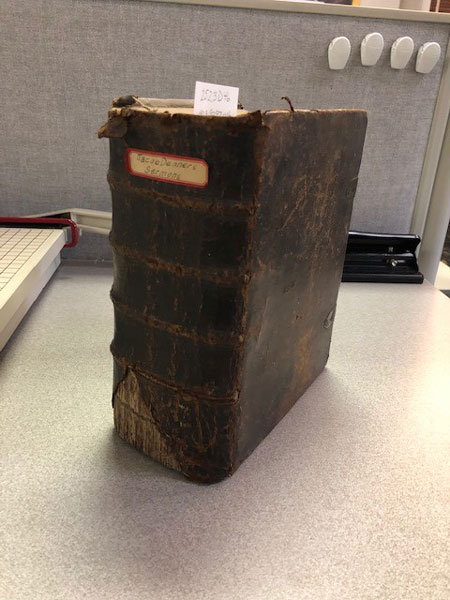 Denner died in 1746, but new editions of his work continued to be produced. When the 1792 edition was released, to men from Franconia traveled to Germany to buy copies for their community. Johannes Herstein and Johannes Schmutz brought 500 copies of the book back to Pennsylvania and sold them all quickly. Is this book one of those copies? I don’t know if there’s a way to be sure, but I like to think so. 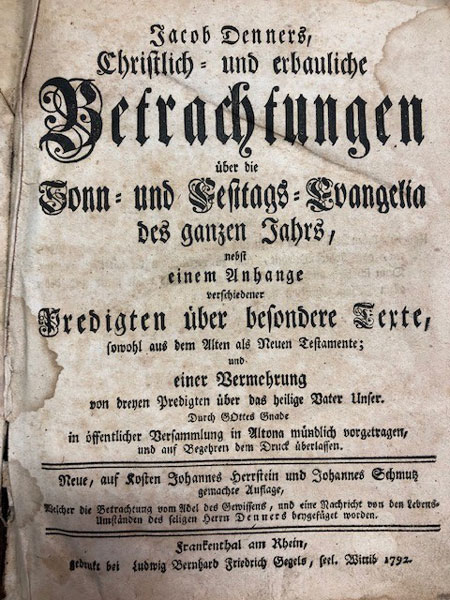 More in this category: « The Audubon Schools Corn and Fruit Show »
back to top