Since now is usually a prime corn harvesting season, I thought I would share this collection of ribbons from the Corn and Fruit Show we have at HSMC.

All of these ribbons were won by the same local farmer, William A. Anders. He was born around 1887 and seems to have spent most of his life in Montgomery County. According to the donations records, William was living at Spring Dale Farm Road located near Trooper Road in Worcester Township. This road doesn't appear to exist anymore, but the US Census has William living on Mill Road in 1920 and Church Road in 1930.

Between 1916 and 1930, William won a total of 34 ribbons for his produce! It appears he was most notably known for his corn exhibits during these shows. Nearly half of the ribbons were from the Corn and Fruit Show, which was held in Norristown. It seems the hosting organizations changed some of the years, but the most common host was the Montgomery County Farm Bureau. 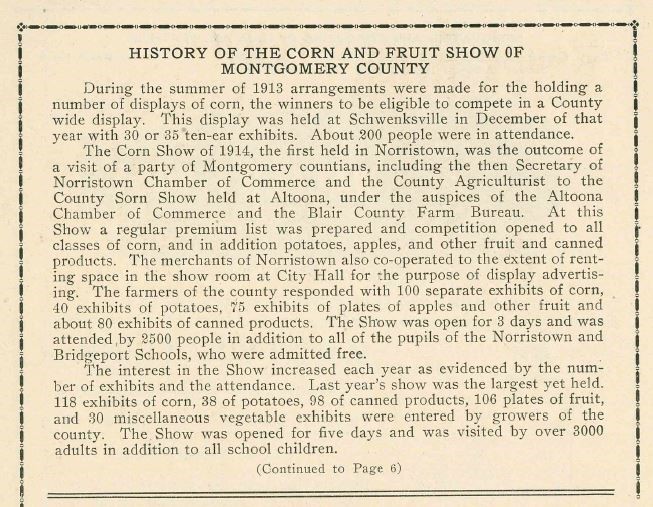 This show started in 1913 in Schwenksville and moved to Norristown the following year. Unlike many food related festivals that occur in the Fall, the Corn and Fruit Show took place in early December every year. There were special events and demonstrations throughout the show, allowing local farmers and businesses to display their products. 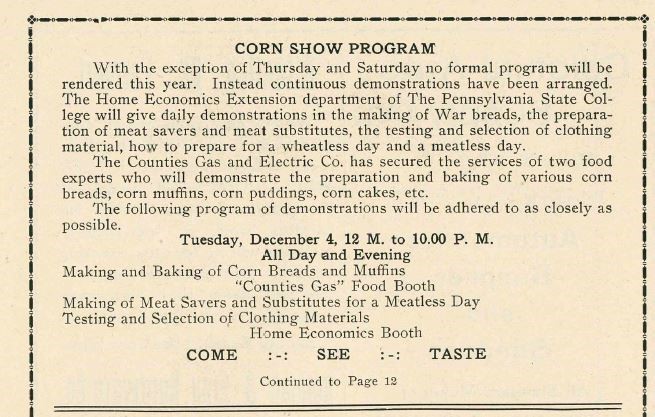 I'm not entirely sure when the show ended, but the Norristown Daily Herald stopped advertising it after 1931. Maybe there was a lack of interest, or it became difficult to finance duringn the Great Depression?

More in this category: « Mennonites and their books The Great Art of Light and Shadows »
back to top