It's fall and that means, at least in my household, it's pie season! 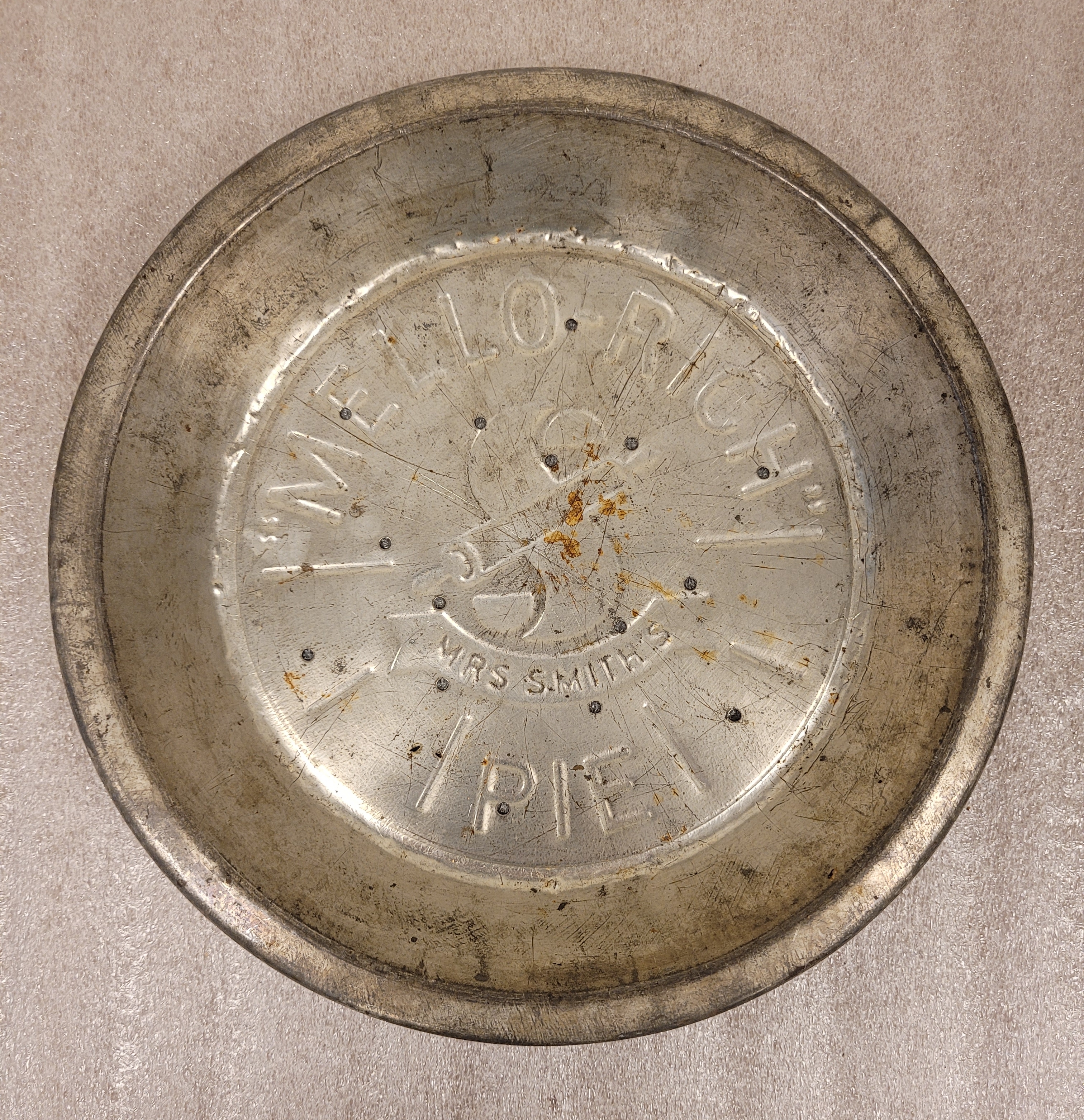 We recently acquired three pie tins for our collection. The donor, Board member and volunteer Nan Huber, recalls going to Demetris Uptown Market on the corner of 4th and Depot Street in Bridgeport with her mother to buy pies in the late 1960s and early 1970s.

Two of these tins are from Pottstown's own Mrs. Smith's Pies. The company was founded by Robert P. Smith. The business started when he sold his mother Amanda's pies at the local YMCA. Robert bought a bakery in 1923 and by 1956 the company was large enough to start selling frozen pies. At the company's peak, it is estimated roughly 1,500 people were employed during "pumpkin pie season." 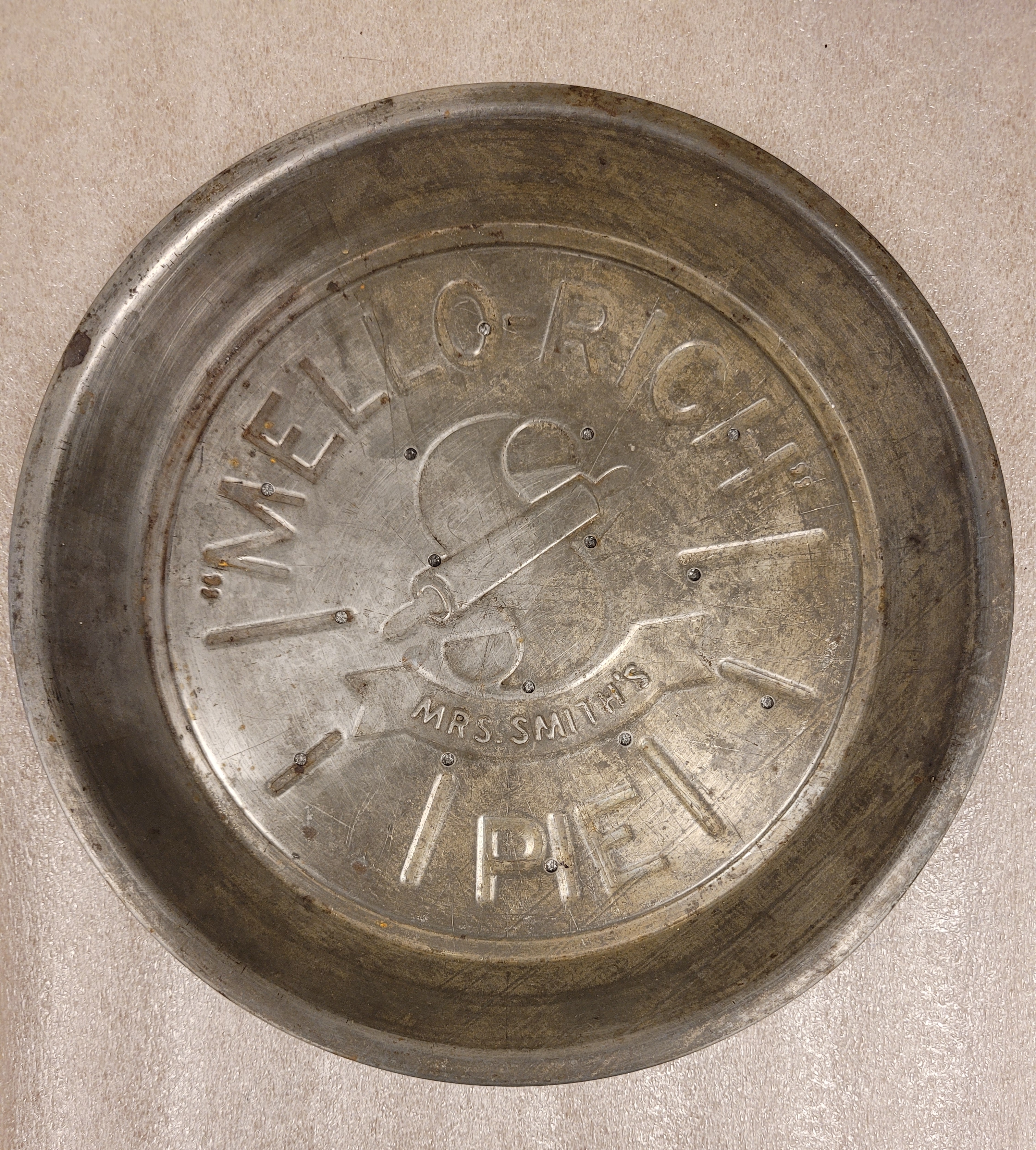 Kellogg Co. purchased Mrs. Smith's in 1976. Smucker's purchased the company in 1994 and then sold it to Flowers Industries in 1996. The company began moving its pie production from Pottstown to Oklahoma in 1998, impacting roughly 300 employees from the area. It appears some foil products are still made in Pottstown, but the majority of the building is not used. In recent years, there were a few times attempts were made to develop the empty parts of the plant, but as of 2021 not much has changed. 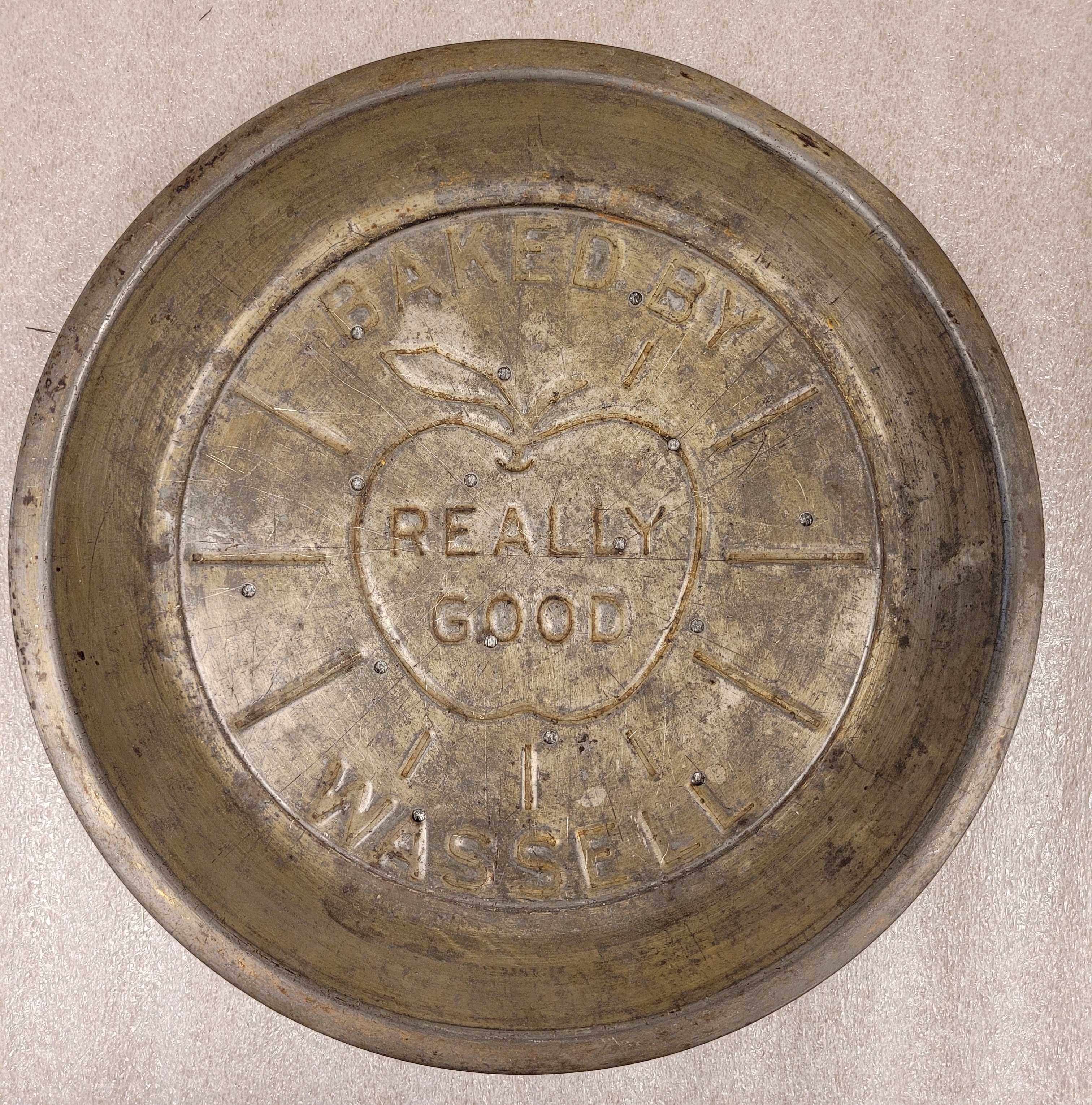 Now, as for the third pie tin donated to HSMC, it may or may not be familiar to you. It is from the Wassell bakery. Located in Philadelphia, this bakery was founded in the 1920s. The bakery closed when it was sold in 1958. Since this particular tin was bought after the bakery closed, you might be thinking "why was this for sale in Bridgeport?"

I have found a few online sources indicating Mrs. Smith's Pies likely purchased Wassell's bakery, or at the very least some of their pie recipes. According to Joseph R. Liss' obituary, the Liss Bakery of Philadelphia bought the "Wassell Pie Company from Mrs. Smith's Pies" sometime while he was running his business.

Another baker, George Washington Bish of Baltimore, is said to have shared some of his recipes with Wassell. Bish's short biography on the website "Germany Marylanders" indicates these recipes were then passed on to Mrs. Smith's.

So, although Wassell's was likely no longer in business when this tin was purchased, either Mrs. Smith's had extra Wassell tins they didn't want to waste or they wanted to use these tins for the recipes that used to be made by Wassell.

More in this category: « Some Norristown grocery stores Hymnals »
back to top