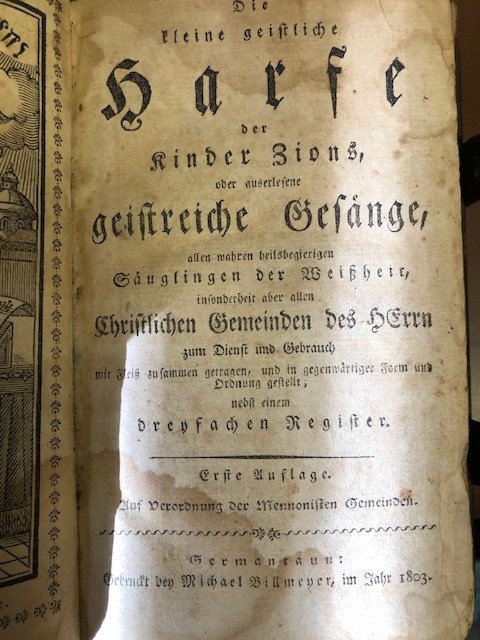 This week, I’ve continued to work through the shelves of old books in our upper stacks. Yesterday, I found a large collection of hymnals from the late 18th century through the 1930’s. They come from a variety of denominations and are in both English and German.

Hymnals have a long history in the United States. The first book printed in North America was the Bay Psalm Book of 1640. It had English translations of the Psalms meant to be sung during worship services. Like the Bay Psalm Book, most of our hymnals don’t contain any music. 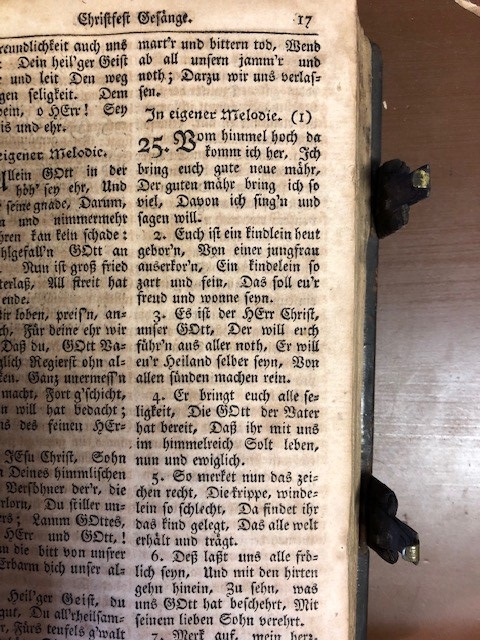 A common book for Mennonites was Die kleine geistliche Harfe des Kinder Zions (The Small, Spiritual Harp of the Children of Zion). This copy is from 1803. It gives a tune for the first verse of the psalm and then prints the rest underneath. Others only have the words with the notation, “in eigene Melodie,” that is “its own melody.” Not all of the psalms are included. The second part of the book contains hymns with no written music, just a note that the tune is “its own” or the same as another popular hymn. Indexes in the back helped the faithful find the correct hymn by first line or by topic. 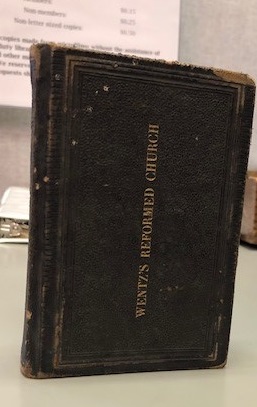 A more recent example is this English language hymnal from Wentz’s Church. Published in 1883 by the Reformed Church Publication Board, it is organized around the liturgical calendar which begins in Advent (the season leading up to Chirstmas). The hymns are individually numbered as they often are today. There’s no music, but you can see the notation “C. M.” on this hymn by Isaac Watts.  It stands for common meter. According to Wikipedia, “Amazing Grace” and “Little Town of Bethlehem” are also in the common meter. 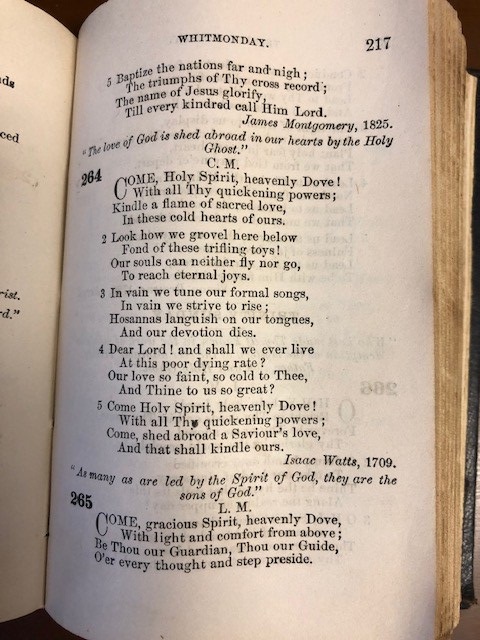 We have a few books written for more musically literate church goers, perhaps as part of a formal choir. Choral Harmonie is a German choir book published in Harrisburg by John Wyeth, an influential printer of hymns. 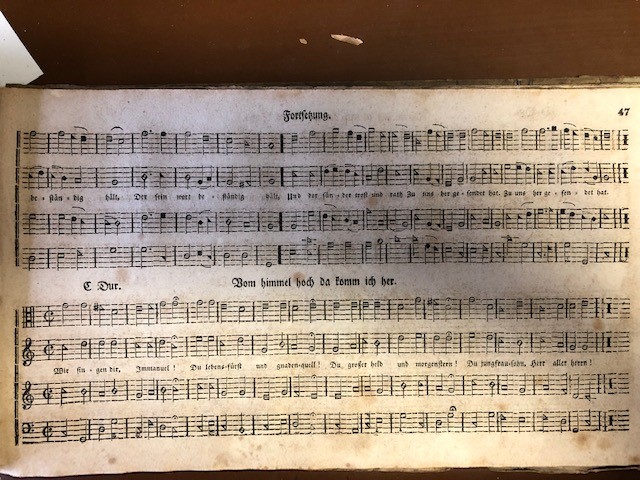 The notes may look a little different than what you’re used to seeing. In 1801, William Little and William Smith of Philadelphia introduced a four shape note system to aid singers in sight reading. The practice caught on and remained popular for many decades, especially in the South. The shapes help to translate the notes to the do-re-mi syllables we all learned from Maria von Trapp. 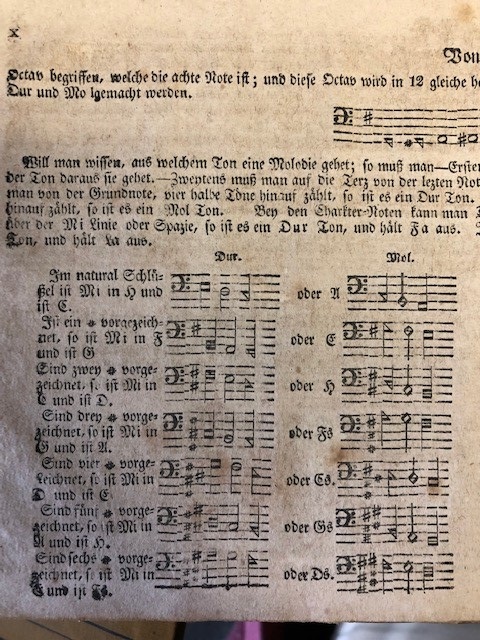 More in this category: « Mrs. Smith's Pies The Lenape languages »
back to top