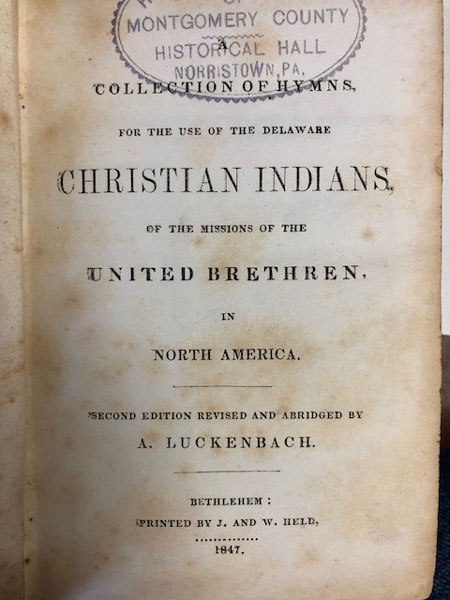 Yesterday, I came across two very interesting books written in the language of the Lenape, the indigenous people of eastern Pennsylvania. Both are Christian books, containing translated hymns and Biblical stories. Both had the name “A. Luckenback” on the title page, so I did a little digging into him.

Abraham Luckenback was a Moravian missionary born in Lehigh County in 1777. He left an autobiography published by the Moravian Historical Society in 1917. In 1800, he became a missionary and traveled west with a Moravian married couple into Indiana, the territory of the people he knew as the Delaware Indians.

On his way, Luckenback stopped for a time with an older missionary named D. Zeisberger, who had translated many German hymns into the Delaware language.* Luckenback lived for 5 years in Indiana, and he gives several interesting accounts of Lenape rituals and a little bit about their day-to-day life. He describes their houses and diets. His mission was not successful, and he returned to Pennsylvania in 1806. 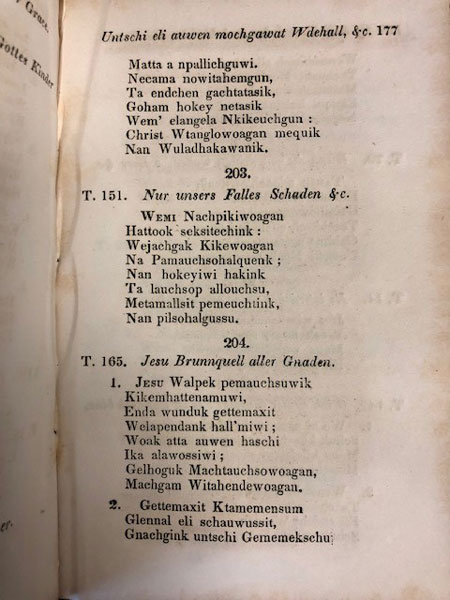 Luckenback spent a couple of years in Bethlehem learning the Lenape language and translating. In 1808, he returned to missionary work, travelling to Canada and Michigan. He remained among the Lenape and other tribes until he retired from the work in 1843. By that time, many of his congregants had been pushed further west by white settlement. 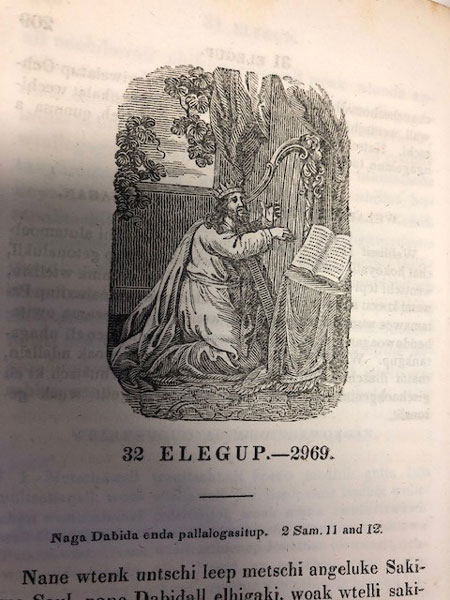 In addition to Zeiberger’s hymnal, we have Luckenback’s translations of Bible stories. According to his autobiography, he also translated the New Testament. Luckenback never mentions that the Lenape originally inhabited Pennsylvania. 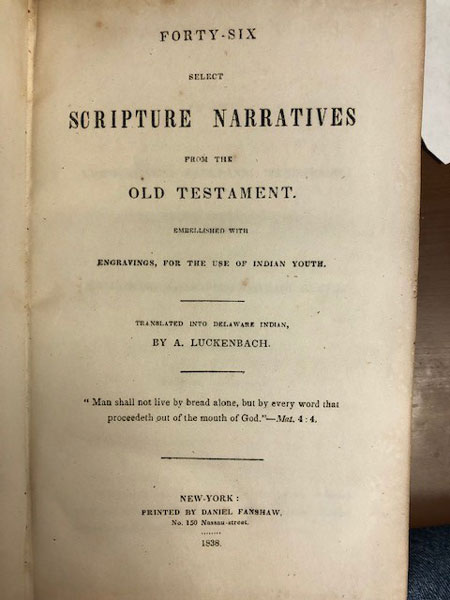 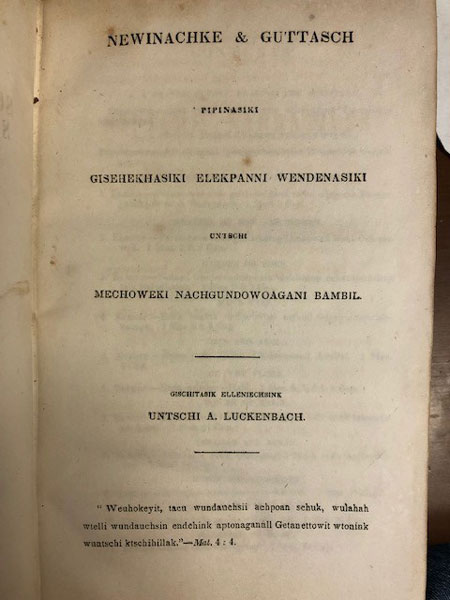 While William Penn was known for his fair relations with the Lenape, his sons notoriously cheated the land’s inhabitants out of over one million acres in the Walking Purchase. Most Lenape were forced westward into Ohio, Indiana, and Canada. From there, the nation was forced into Kansas, and then Oklahoma, where two of the three federally recognized Lenape tribes are located (the other is in Wisconsin). Delaware and New Jersey also recognize Lenape tribes in their states.

Although Pennsylvania does not recognize any indigenous tribes, there is evidence that many Lenape stayed in the region, often marrying into white families and practicing their traditions in secret. Today the Lenape Nation of Pennsylvania is trying to gain state recognition. 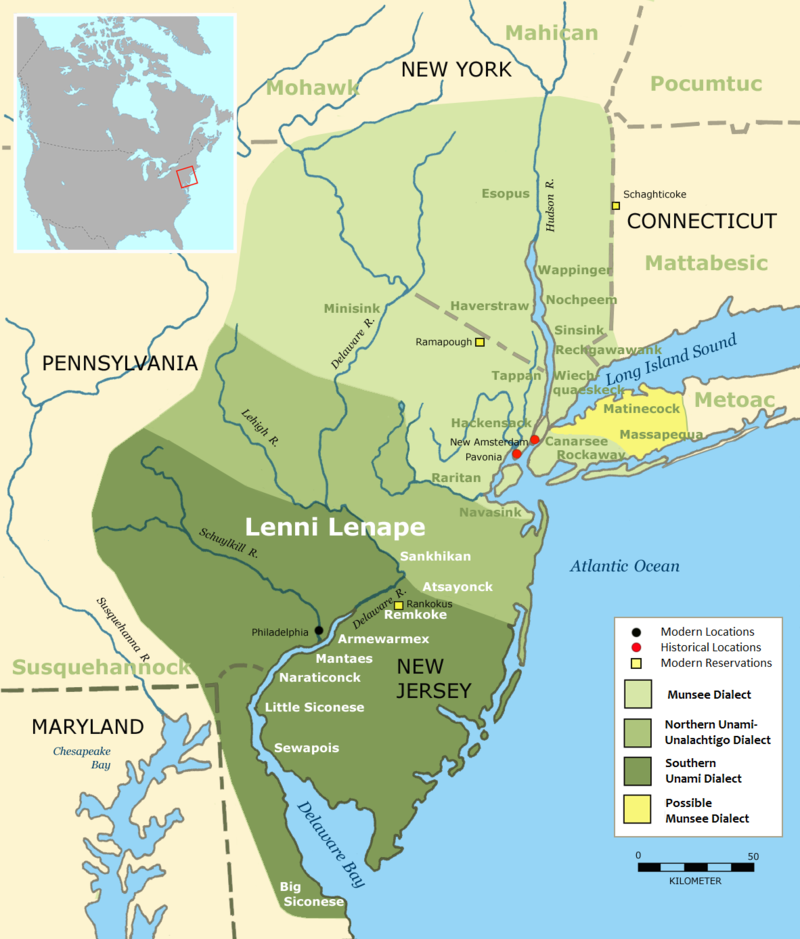 *The term “Delaware” referred to two different language speakers – Unami and Munsee. The languages are closely related. The people living in this area spoke Unami. I’m afraid I don’t know which language the books are in.

More in this category: « Hymnals Norristown Glass Company »
back to top