This week we uncovered a few scrapbook articles about General William J. Bolton. What is fascinating about his story is he survived not one, but two serious injuries during the Civil War. 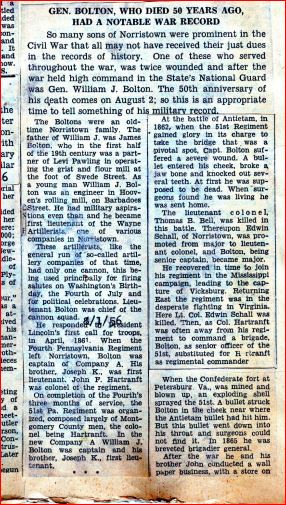 The 51st played important roles in many Civil War battles, including Antietam in 1862. When the 51st charged the bridge at Antietam, Bolton was seriously wounded. A bullet went into his cheek, broke his jawbone, knocked out several teeth, and exited out the other cheek. Amazingly, Bolton survived his wounds and was sent home to recover. He rejoined the 51st right before the Mississippi Campaign. Little did he know that he would soon be seriously wounded again at the battle of Petersburg.

When the mine exploded at Petersburg, a bullet hit Bolton in the cheek close to where the Antietam bullet had hit. However, this time the bullet did not pass through the other cheek. Instead, it went down his throat and got stuck. Bolton survived, but surgeons were unable to remove the bullet. 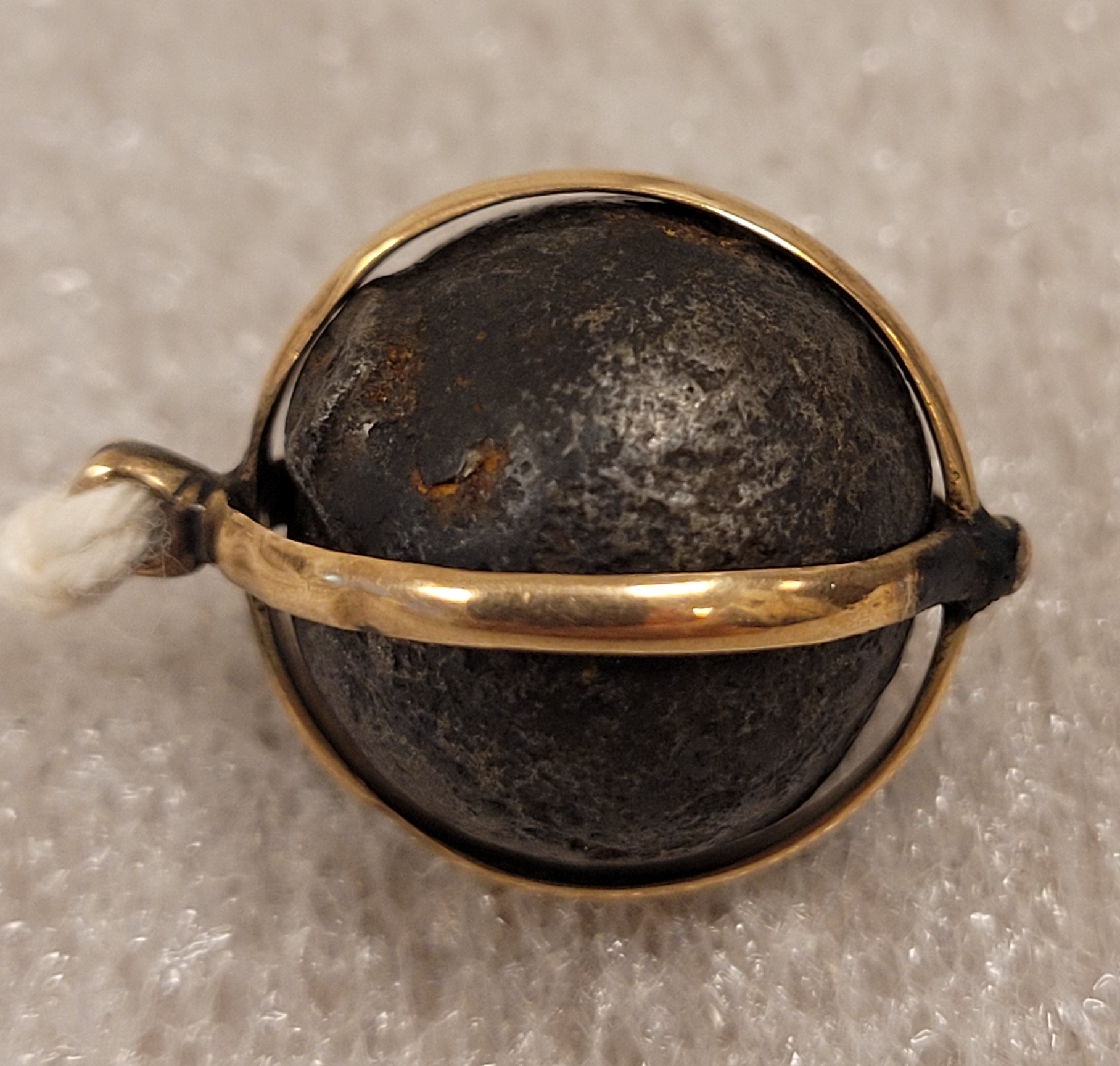 When the Civil War ended, General Bolton joined the Pennsylvania National Guard. On May 20, 1881, Bolton had what was described as a "sudden fit of coughing." Much to his surprise he coughed up the bullet from Petersburg! The bullet was made into a watch fob and is now preserved at HSMC.

More in this category: « P.W. Hall A Raid of Body Snatchers »
back to top