The Dunkers' View on Voting

If you have not already heard, tomorrow is Election Day. So, it seems like a good time to share this article we found at HSMC last week. 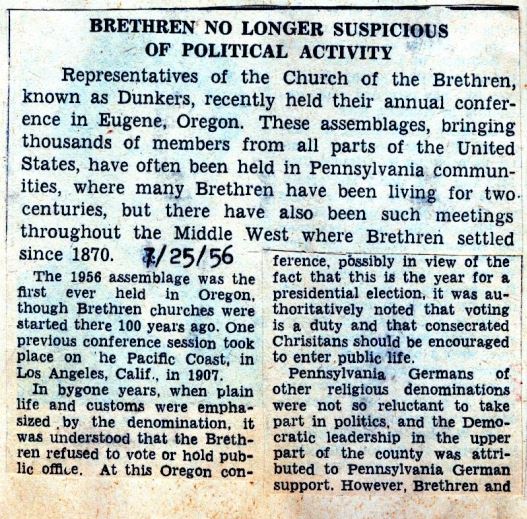 This article was written in 1956 and discusses the Church of the Brethren, also known as the Dunkers. For the two centuries prior to 1956, many Dunkers resided in Pennsylvania, including here in Montgomery County. Much like the Quakers and Mennonites, the early Dunkers were known for practicing pacifism. For the Dunkers, that included refusing to participate in elections. Not only did they not vote, but they were also unlikely to hold a public office or participate in public legal issues. This included litigation. According to this article, members of the Church would risk censure if they filed a lawsuit. Instead of going through attorneys and court systems, they were expected to go to Church officials for an arbitration instead. 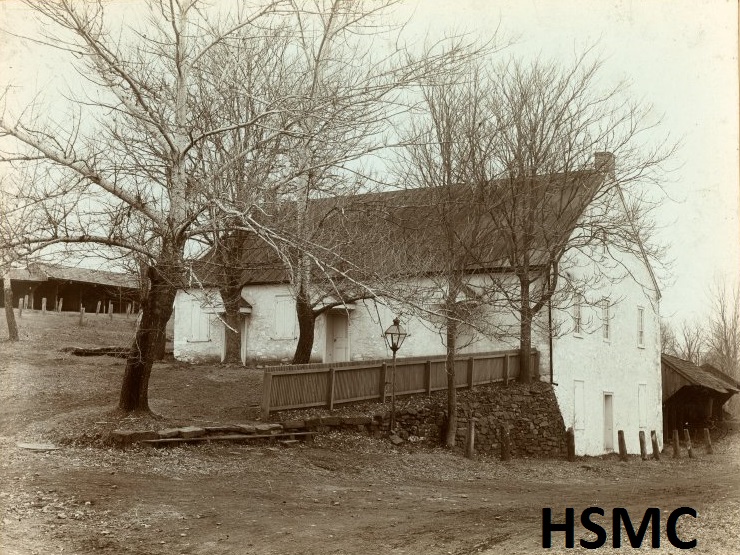 Interestingly, although participating in politics and other public systems was generally frowned upon, there does not appear to be any evidence that members were punished for doing so. There are even cases where some Dunkers served in public offices. The most notable one was Pennsylvania's own Governor Martin G. Brumbaugh! He served from 1915 to 1919, during World War I.

It was not until 1956, during their annual conference, when the Dunkers officially declared that voting and participation in public affairs should be encouraged in their congregations.