It's really starting to feel like spring and that got me thinking about our local farmers, who are likely in the midst of preparing their crops. We have a few artifacts at HSMC connected to local farms and companies that worked closely with them. One such artifact is this wooden cheese box from the Holly Brothers' Cheese Factory. 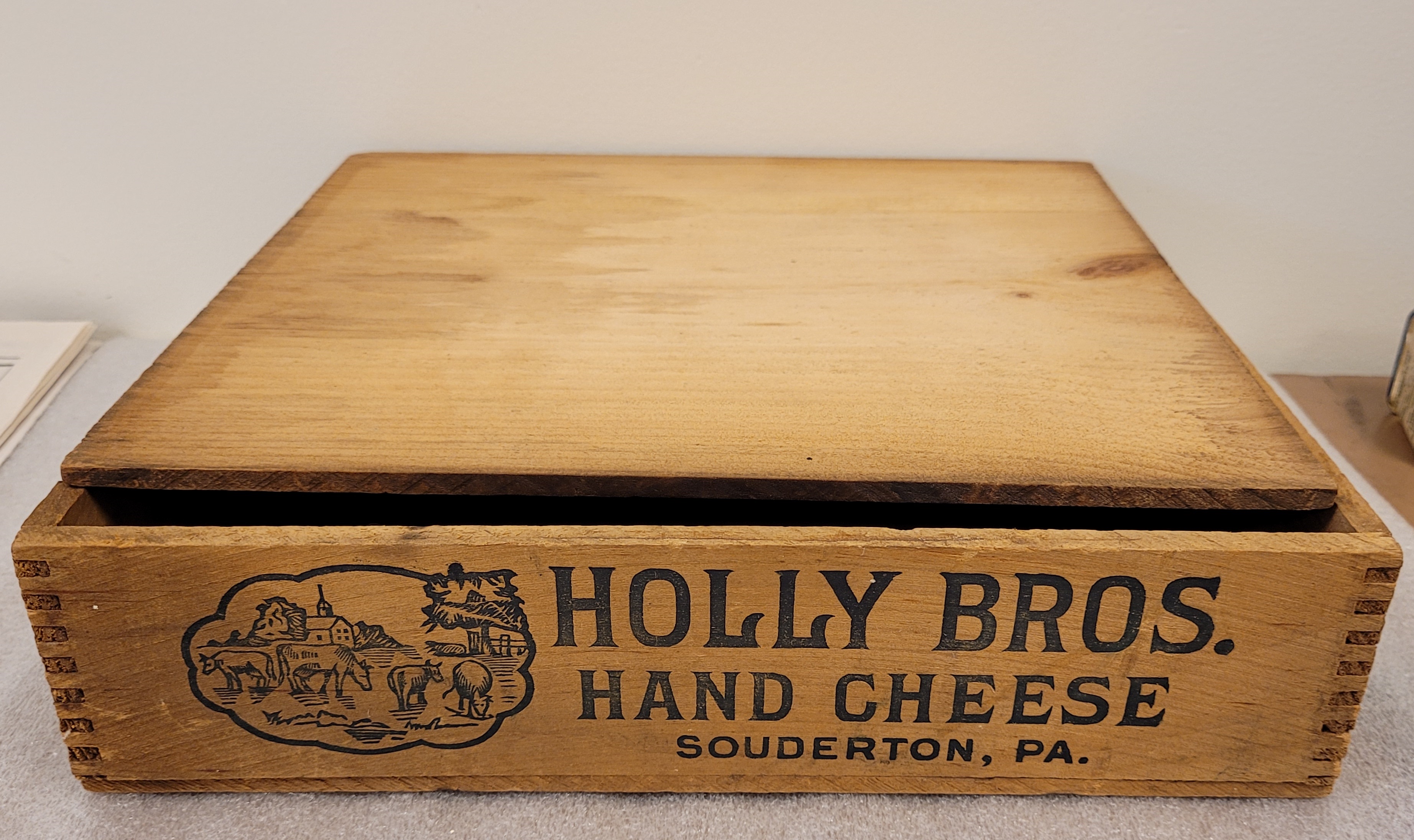 These boxes were used to distribute Holly Brothers' well-known hand cheese. This type of cheese is made with sour milk and was then formed by hand, hence its name. In some historic documents, the company's cheese is referred to as "Dutch Hand Cheese." It seems likely this description was used to tie it back to the cheese making processes used in Germany and the Netherlands

Charles and Theodore Holly purchased a cheese factory in Souderton from Adolph Erdin in 1892. The brothers used sour milk from local creameries to make their cheese. Part of their process involved removing whey from the sour milk. Oftentimes, whey that was removed during the cheese making process was sold back to the same farmers who originally provided the sour milk to the factory.

In the above map, the red circle indicates the location of Holly Brothers' in Souderton. Although not pictured in the map, according to the Pennsylvania Department of Health, a tile pipe connected the basement to the nearby Skippack Creek. This pipe was used to help dispose of waste products.

By 1912, the company had started making cream cheese as well as their popular hand cheese. Holly Brothers' was making an estimated 1,200 to 1,500 boxes of cheese every week. Each box weighted roughly eight to nine pounds. 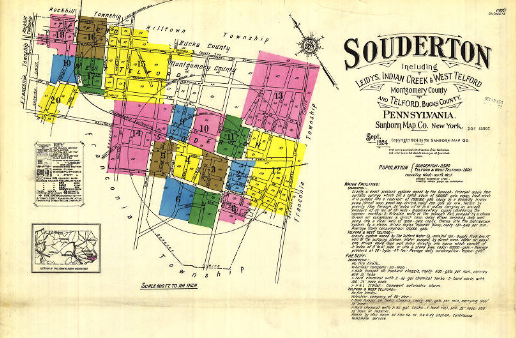 In the January 1923 edition of the Express Gazette Journal, Holly Brothers' was listed as one of Souderton's favorite industries. The company had become so popular it even shipped cheese to big cities as far away as St. Louis and New York City. C. H. Allebach is credited with this increase in production after joining the company in 1919.

I have not yet found an exact closing date for Holly Brothers', but it likely closed sometime in the mid-1900s.

Seventh Annual Report of the Commissioner of Health for the Commonwealth of Pennsylvania, 1912, Part II, p. 1272, https://books.google.com/books?id=ccEKAQAAMAAJ&pg=PA1272&lpg=PA1272&dq=holly+bros.+hand+cheese+of+souderton+pa&source=bl&ots=61arJSRv9Z&sig=ACfU3U0l3smJ9gkCOel1J1f57A7s4_1ymw&hl=en&sa=X&ved=2ahUKEwjcsJ3XlOrvAhXmUN8KHfcWAtI4ChDoATAFegQIEhAD#v=onepage&q=holly%20bros.%20hand%20cheese%20&f=false