A self-taught individual, David Rittenhouse was one of Pennsylvania’s most renowned scientists and clockmakers.

Born in Germantown in 1732, David Rittenhouse began making clocks and mechanical devices when he was just nineteen-years-old. In 1774, he was chosen to be the Philadelphia city surveyor and determined the Pennsylvania-Delaware border. Rittenhouse’s survey of this border was later used by Charles Mason and Jeremiah Dixon to create the Mason-Dixon Line. In recognition of his mathematical and scientific achievements, such as observing the Transit of Venus, Rittenhouse received honorary degrees from the Colleges of New Jersey (now Princeton) and Philadelphia (now UPenn). Rittenhouse even became a Professor of Astronomy at the College of Philadelphia from 1779 to 1782, while simultaneously serving as the treasurer of Pennsylvania (1779-1787). At the end of his life, Rittenhouse served as the first Director for the United States Mint from 1792 to 1795.

Following in his older brother’s footsteps, Benjamin Rittenhouse (1740-1825) became a well-known clockmaker. However, he is also known for making compasses with William Lukens Potts and later Benjamin Evans. 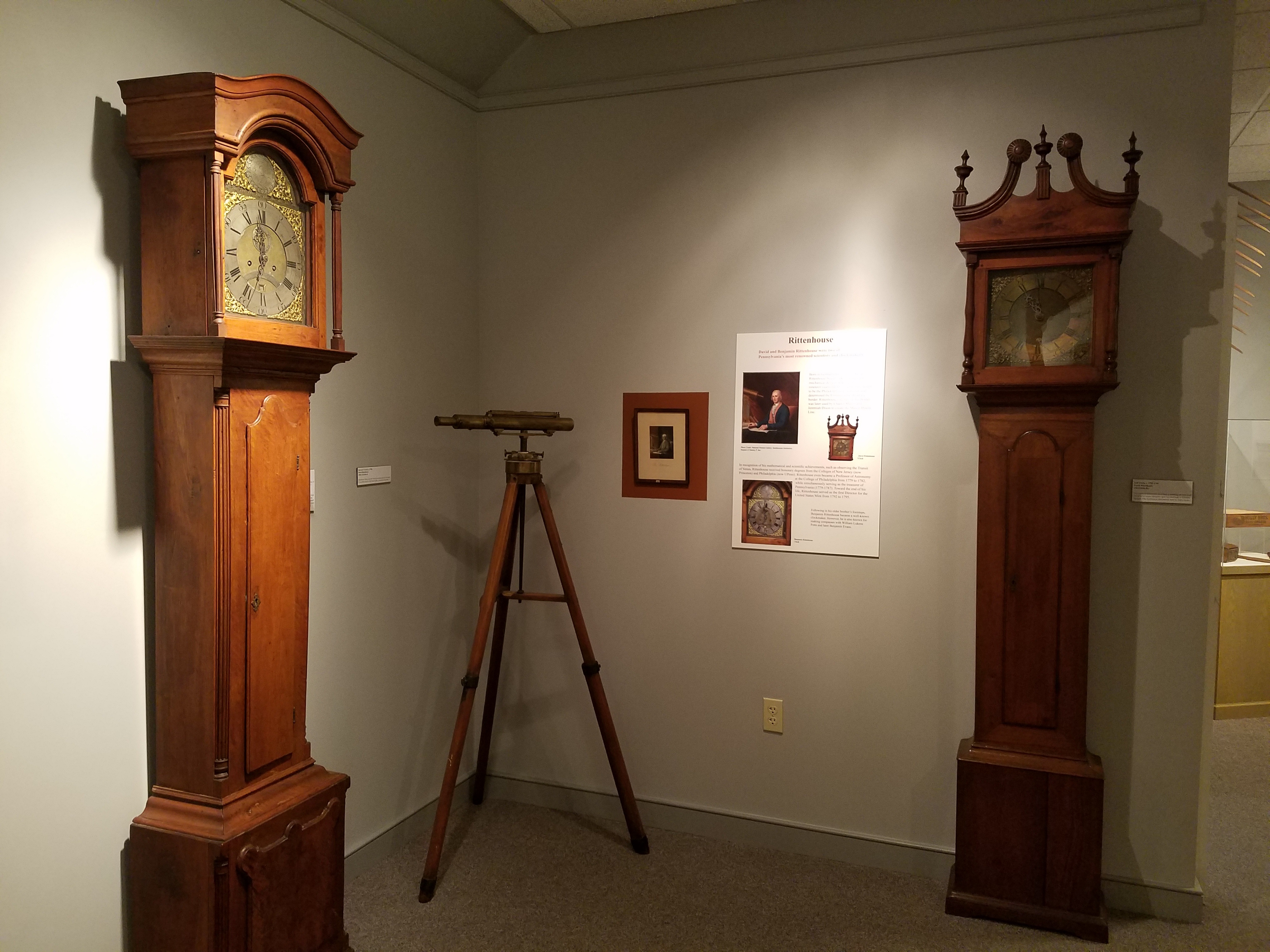