Tall clocks were popular during the eighteenth and early nineteenth centuries. In Montgomery County, tall clocks were created in English and German styles. Using primarily walnut or mahogany, the tall clocks were given simple bodies with most of the decorative features displayed around the bonnet and face of the clock. As the clockmaker assembled the mechanical pieces, a local cabinet maker was often hired to create the wooden case. Although these clocks were displayed prominently in wealthy households, the introduction of shelf clocks in the nineteenth century made this craft obsolete. Smaller shelf clocks were easier to produce and ship across the United States. By the mid-nineteenth century, most clockmakers were forced to stop hand-crafting their own clocks and focus solely on repairing mass-produced shelf clocks. 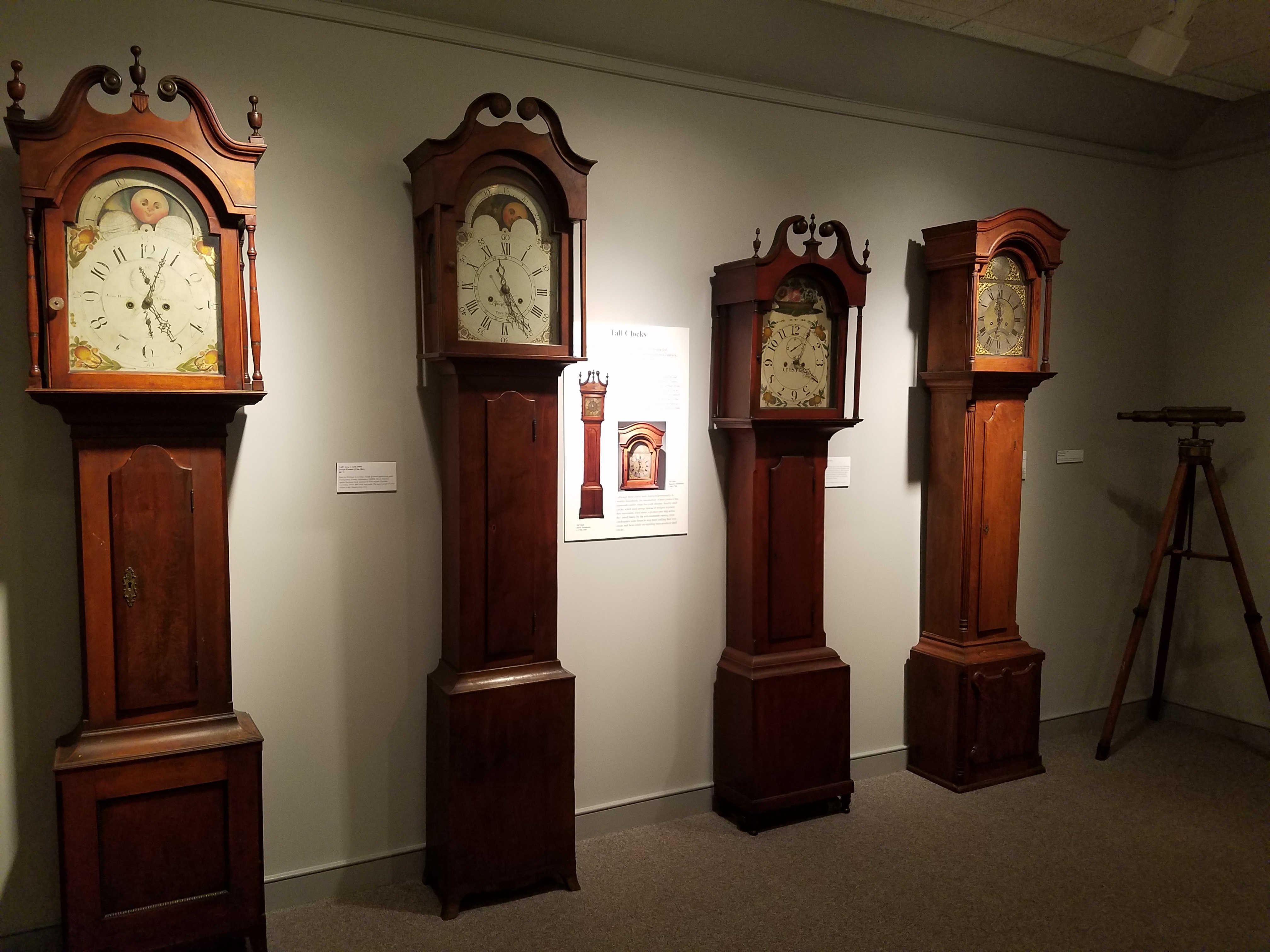 The clocks from left to right were made by: Jacob Hagley, Joseph Thomas, Jacob Custer, and Benjamin Rittenhouse.