One of Sunrise Mill's inhabitants was Dr. Chevalier Q. Jackson. Born in Pittsburgh on November 4, 1865, Dr. Jackson attented Western University of Pennsylvania (modern day University of Pittsburgh). He later received his medical degree from Jefferson Medical College in 1886. After further studies in England, Dr. Jackson opened his own laryngology practice in 1887 in Pittsburgh. By 1916, Dr. Jackson and his family moved to Philadelphia. 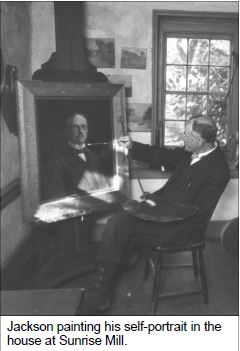 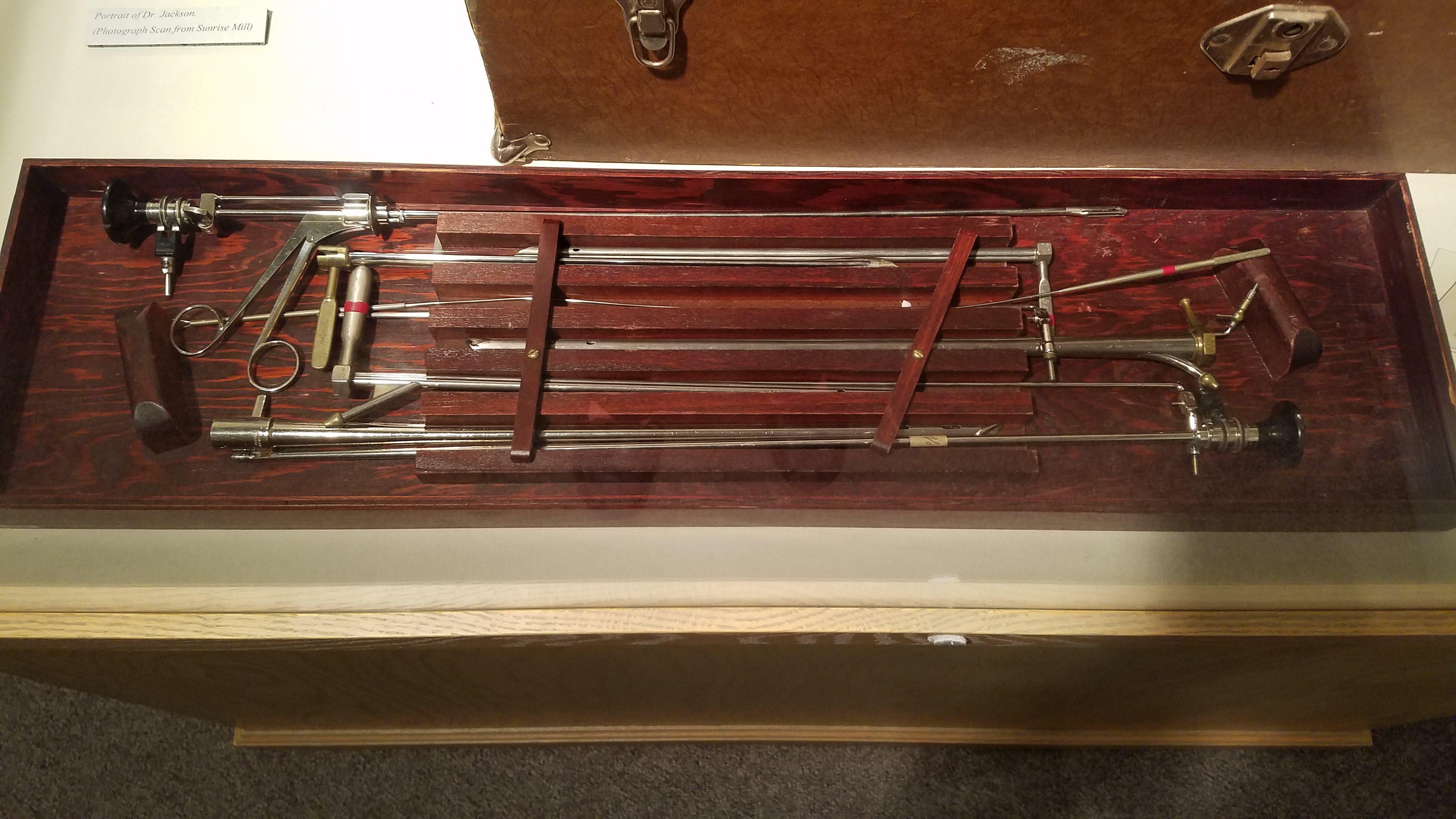 In 1918, Dr. Jackson purchased Sunrise Mill in Schwenksville. He commuted to his job at Jefferson Medical College in Philadelphia for eighteen years, which was a 75 mile round trip! Dr. Jackson's invention of the bronchoscope and experience removing foreign items (coins, teeth, etc.) from patient's throats greatly advanced the field of laryngology. In addition to his medical inventions, Dr. Jackson was also involved in the passasge of the Federal Caustic Poison Act of 1927. This Act required the poison symbol and antidote label to be placed on houshold cleaners. 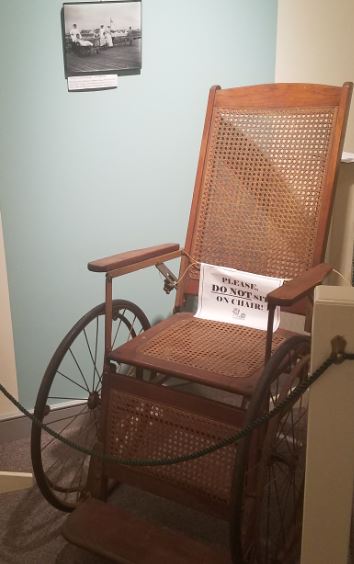 This wheelchair was loaned to HSMC by Sunrise Mill. It is believed to be from Green Lane Park, possibly from the life guard station. Wheelchairs like this one were made by Gendron, Inc. and were widely used in the United States in the early 1900s. The picture behind the wheelchair is a copy of a photograph with kids in similar wheelchairs from the College of Physicians of Philadelphia: "Patients on the boardwalk." circa 1900-1939. Records of the Children's Seashore House (MSS 6/014-02), 1872-1998. Historical Medical Librar of The College of Physicians of Philadelphia, Philadelphia, PA.