Abraham Newcomer was likely born in Norristown, Pennsylvania in 1835 to parents, John and Elizabeth Newcomer. 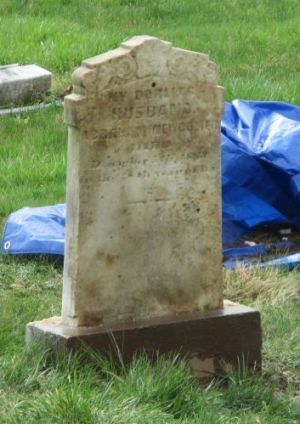 He went on to server as a Private in the 138th Pennsylvania Volunteer Regiment, Company A.  He mustered in at Harrisburg on August 19, 1862.  He would be discharged from the military based on a surgeon's certificate on August 25, 1863.  He died later that year, on December 5, 1863 and buried a few days later on a plot at Historic Montgomery Cemetery that was purchased by his father, John Newcomer.  His tombstone reads at the top, "My Darling Husband".

His wife Almira Newcomer filed a petition for benefits in early 1864.