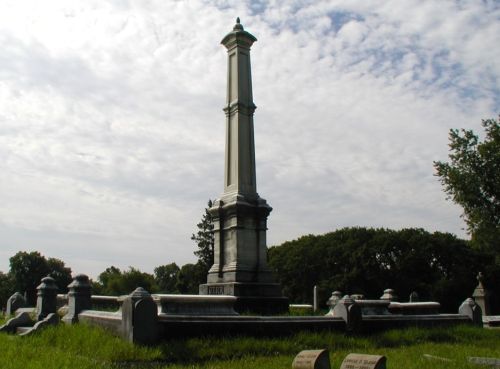 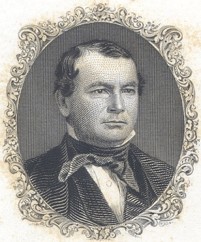 Derr grew up in Hamburg in Berks County, but became a resident of Norristown in 1833. He trained as a marble mason and soon established himself in business. He founded the Steam Marble Works here in Norristown. Derr was the stonecutter who supplied the stone for the County Courthouse in Norristown, and he built the Soldier’s Monument in Norristown Public Square. Much of his work can be seen in the stones here at Montgomery Cemetery. He owned extensive marble quarries in Upper Merion Township as well. He supplied stone for Philadelphia's 30th Street Station Post Office. His quarries also furnished the stone for 19th Century additions to Girard College in Philadelphia. He was a trustee of the Montgomery Cemetery Company, a director of the Bank of Montgomery County and the Montgomery Savings, Loan, and Building Association.

In the 1850’s he appeared on the ten dollar bill issued by Montgomery County Bank.  Franklin Derr’s successful life would come to an end on March 16, 1877.